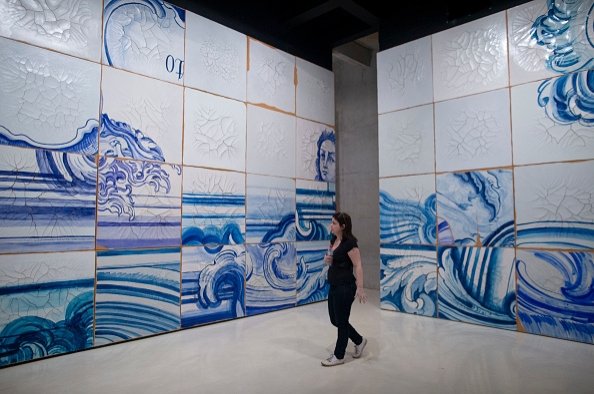 Museums and art galleries always fascinate their visitors with the pieces they display, providing a collection of memories that last a lifetime.

However, the 10 most interesting and extraordinary temples of art in the world, chosen by CNN Style, will leave you speechless.

Located on Isla del Rey (Island of Kings) in Menorca, Spain, the Swiss mega gallery has leased part of the island, making it a truly exceptional art center.

The property also includes the archaeological remains of a 6th century basilica and a historic naval hospital built in the 18th century. Visitors must take a 15-minute boat ride to reach this exciting art destination and upon arrival Frank West’s pink ellipsoid sculpture “Autostat” greets them on the main deck.

The Messner Mountain Museum is located in Italy and was established by Italian mountaineer and climber Reinhold Messner in 2006.

The design of the project addresses the theme of the “encounter of man with the mountain” in the midst of mythical high peaks. The museum is spread over six different locations, each carrying symbolic meaning in an attempt to establish the connection between man and the mountain. Firmian is the centerpiece of the museum and focuses on man’s relationship with the mountains revealing the geology of the mountains and what they represented in religion.

Juval, the museum’s second base, focuses on the “magic of the mountains”, drawing attention to their mystical and religious significance. The third base, Dolomites, reveals how the rocks were formed in the Dolomites. At the same time, this section contains a 360 degree panoramic view from a high peak. The Ortles section of the museum is specifically dedicated to the history of mountaineering and glaciers around the world. In the fifth section, Ripa focuses on the lives of mountain people in Asia, South America, and Europe. The last and sixth section, Corones, includes information on traditional mountaineering.

Founded by American minimalist artist Donald Judd, the contemporary art museum spans approximately 340 acres (138 hectares) on the former military base of Fort Russell in the US state of Texas.

The museum was opened in 1986 to display the large-scale permanent works of artists such as John Chamberlain, Dan Flavin and Donald Judd. Accordingly, the sections are arranged specifically for the different artists in separate buildings consisting of barracks, hangars or artillery hangars. The museum also contains other works by contemporary artists.

Some of Judd’s concrete and aluminum works are exhibited outdoors as the pieces have been designed to blend in with their surroundings and encourage interaction.

The memorial built in memory of those who were persecuted during the 17th century witch trials in Finnmark, Norway, rests along the spectacular Vardo Coast. It was designed by French-American sculptor Louise Bourgeois, widely renowned for her large spider installations, and Pritzker awarded Swiss architect Peter Zumthor.

A historic whaling station on the subantarctic island of South Georgia, the South Georgia Museum was converted into a whaling museum in 1992. Visitors can only access the island by sea.

As a popular tourist spot on the island, the museum teaches visitors about exploring the island as well as sealing, whaling, maritime history and the 1982 Falklands War.

Prior to being turned into a museum, the site was deteriorating due to weather and vandal damage. Arctic scientist David Wynn-Williams then proposed that the building become a museum. Thanks to financial support from the government of South Georgia, a team of specialists worked on the restoration of “the Villa”, which served as the residence of the director of the whaling station until 1964.

The museum displays sculptor Jon Edgar’s bronze bust of Duncan Carse, who was an influential figure in the cartography of South Georgia.

Popularly known as “Japan’s Art Island”, Naoshima is located in the Seto Inland Sea among 3,000 islands, most of which are uninhabited.

The site includes museums of contemporary art, sculptures, installations and works of architecture. For those who want to enjoy art and escape the hustle and bustle of Japanese city life, this is a relaxing place with its sandy beaches and sunny weather.

The island also serves as the main site of the famous Setouchi Triennale art festival.

Located in the Outback in Eromanga – Australia’s furthest town from the ocean – the museum is home to the fossil of Australia’s largest dinosaur, called “Cooper”, a 95 to 98 million year old titanosaur.

Apart from the fossil, it is home to the largest megafauna, microfauna and plants in the world. They are thought to be between 50,000 and 100,000 years old. There is a lot to see and learn, especially about prehistory. Visitors can enjoy a range of tours and even have the opportunity to participate in fossil excavations.

Spanning over 8,000 square feet and up to 26 feet deep, the park is home to 75 works of art, which can only be accessed by glass-bottom boat or by scuba diving or snorkeling.

The Underwater Garden is also listed as one of National Geographic’s 25 Wonders of the World.

After suffering from Hurricane Ivan in 2004, the restoration of Molienere Bay with the placement of sculptures provided a new source of overgrowth. Thanks to the neutral pH cement of the installations, the coral polyps can attach themselves to the texture of the sculptures. One of the famous pieces of the underwater park is “Viccisitudes”, a ring of children holding hands against the ocean currents. With the selection of different children from different backgrounds, they stand as a symbol of unity. Some people prefer to read it as a critique of slavery because the facility is close to the Atlantic Ocean and the Middle Passage.

Additionally, the park features “The Lost Correspondent” which depicts a man seated at a desk with his typewriter and symbolic newspapers that reflect Grenada’s history.

Dedicated to the magnificent light installations of the American artist James Turrell, this museum is located in the remote region of Salta in Argentina. Enviably surrounded by the family connection of Swiss art magnate and collector Donald Hess, the site contains nine installations spread over 5,500 feet.

Among their Turrell installations, “Unseen Blue (2002), the largest of his Skyspaces which consists of a chamber with an open space to the sky. Visitors have the chance to enjoy 55 minutes of sunset across the installation as stunning lights appear.

The non-profit institute hosts nearly 700 works by more than 60 artists from nearly 40 different countries, including Helio Oiticica, Yayoi Kusama, Anish Kapoor and Steve McQueen, which are exhibited both outdoors and in several galleries.

There is also a botanical garden with thousands of rare botanical species from all continents. Corresponding to the botanical species, works of art are installed to achieve harmony. The venue was designed by local entrepreneur Bernardo Paz and opened to the public in 2006. The institute also plays an active role in the region’s policy-making processes to support quality of life in collaboration with the private sector and sometimes acting independently.