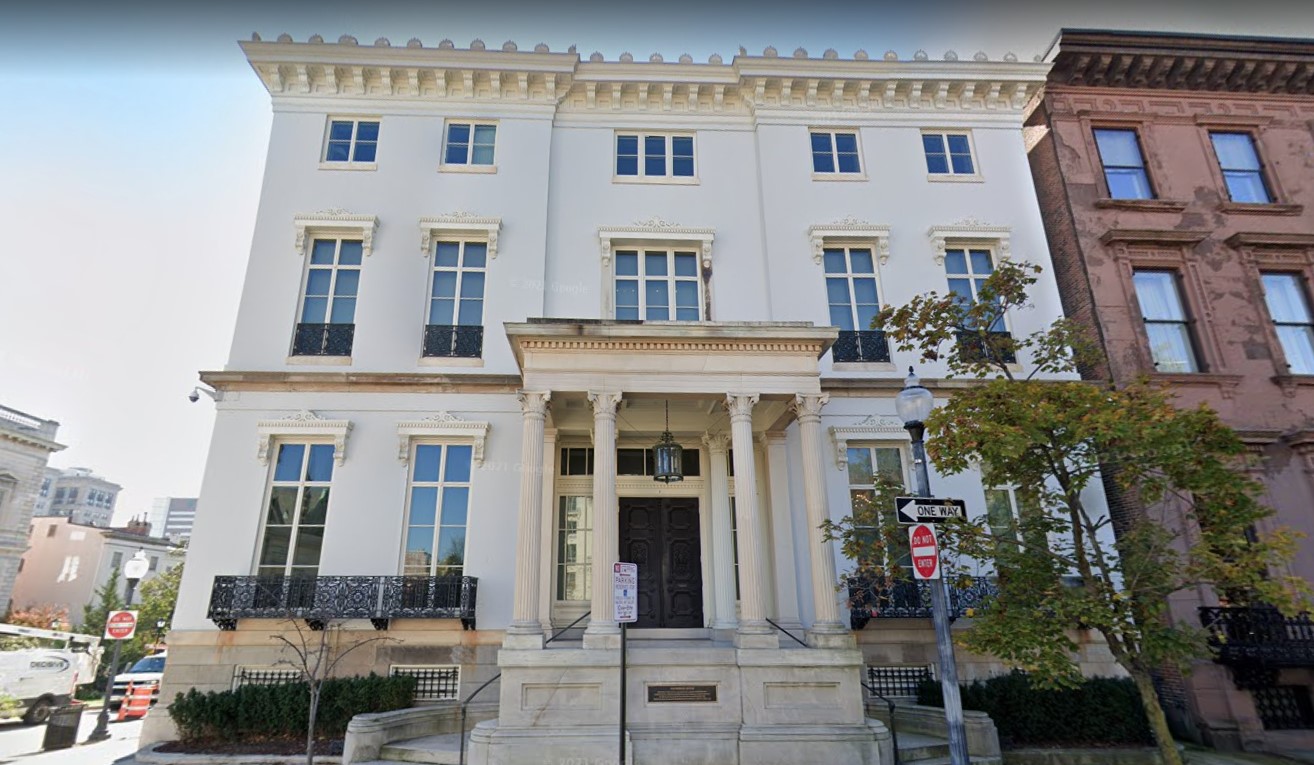 Although the Walters Art Museum has been open for most of the past year following the 2020 COVID-19 related closures, a significant portion of its Mount Vernon campus has remained closed.

That will change this weekend, when the restored mansion and exhibition space known as Hackerman House finally opens to the public for the first time in over two years.

From March 13 to August 7, the former Thomas-Jencks-Gladding residence at 1 West Mount Vernon Place will be the setting for “Majolica Mania,” an exhibition that highlights the ceramic art form known as majolica.

Majolica is a type of clay pottery covered with enamel, decorated with paint and glazed. Walters’ exhibit will feature 350 examples that show the many ways it has been used over the years and the ties it has to Baltimore.

On March 26, the museum has scheduled a lecture titled “Majolica in Baltimore and Beyond,” from 2-3 p.m.

With the opening of the “Majolica Mania” exhibit and the Hackerman House, the entire Walters campus will be open to the public for the first time since before city and state officials closed public buildings. and reduce public gatherings to prevent the spread of COVID-19.

Julia Marciari-Alexander, director Andrea B. and John H. Laporte of the Walters, noted during a press preview this week that the museum closed due to COVID on March 13, 2020 — a Friday the 13th — and Hackerman House reopens to the public on March 13, 2022.

“It’s been two years since we originally planned to have it here,” she said of the majolica exhibit. “It’s a happy and joyful day.”

Marciari-Alexander and Jo Briggs, Jennie Walters Delano curator of 18th and 19th century art at Walters, said Hackerman House was closed even before March 13, 2020, as curators prepared to install the majolica exhibit and had already closed the previous exhibitions and emptied the mansion.

Co-hosted by the Walters and the Bard Graduate Center in New York, the majolica show was scheduled to open in Baltimore in April 2020, then move to New York.

After the original opening date was canceled, the Walters tentatively moved the opening of “Majolica Mania” to Baltimore in July 2021, but that date was canceled as well. Ultimately, the exhibit first opened in Bard, in the fall of 2021, with plans to come to Baltimore afterward rather than the other way around.

Now that it’s finally installed and opens this weekend, curators say, visitors will finally be able to enjoy the years spent planning the exhibit.

Marciari-Alexander said Hackerman House was an ideal setting for the majolica exhibit because it was built just as the art form was gaining popularity in the United States.

“The grandeur of Hackerman House is complemented by the breathtaking scale of the exhibit, and the immersive design creates unique experiences for visitors as we look back on Victorian society,” she said in a statement. communicated.

The exhibit includes works from the Chesapeake Pottery and the Edwin Bennett Pottery, two American majolica makers founded in Baltimore. Pottery Edwin Bennett created a planter nearly three feet tall, supported by griffins and glazed in pale blue, which was displayed at the 1893 Chicago World’s Fair and will be displayed in “Majolica Mania”.

Although majolica was very popular in the 19th century, production plummeted after the lead glazes needed to make it shiny were banned as potentially toxic to craftsmen.

Curated by Briggs and Susan Weber, founder and director of the Bard Graduate Center, the exhibit explores the vibrant colors of ceramics’ lead-based glazes and the variety of forms pottery has taken, from plates to planters to pots. great works of art. Other show themes include majolica and the natural world; foods and fashions; to classify; labor; immigration and the human cost of majolica production.

As part of telling the story of the human cost of majolica production, the exhibit also pays tribute to the women and children who fell ill or died as a result of working with the toxic glazes needed to make it. The exhibit includes a ceramic memorial titled “A Requiem in White,” by contemporary artist Walter McConnell, commissioned by the Walters and Bard Graduate Center. It also includes stories of workers, with photos of the factories and towns where majolica was made.

As well as showcasing local pottery, Majolica Mania features works by leading British makers and designers such as Minton, Wedgwood and George Jones, as well as top American pottery including Griffen, Smith and Hill Company of Pennsylvania and Arsenal. Pottery of Trenton, New Jersey. .

Loans from museums across Britain, including the Royal Collection and the Victoria & Albert Museum, as well as the Maryland Center for History and Culture and the Philadelphia Museum of Art, will be on display along with works from private collections, many of which have never been publicly posted before.

The exhibition is accompanied by a fully illustrated three-volume catalog published by the Bard Graduate Center and the Walters, with essays examining the design, production, and spread of majolica around the world.

Admission to the Walters is free. More information about the Walters and Majolica Mania is available at thewalters.org.

Ed Gunts is a local freelance writer and the former architecture critic for The Baltimore Sun.