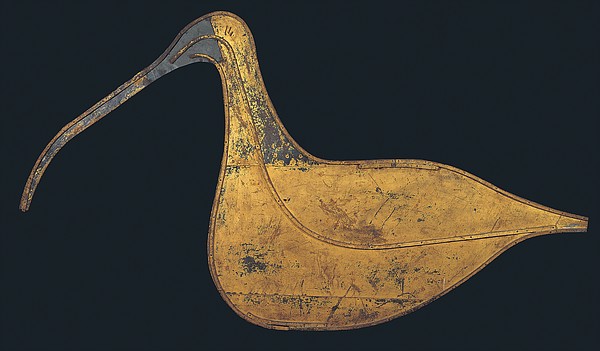 Perched atop churches, barns, businesses, homes and seats of government, weathervanes have for hundreds of years taken the form of everything from farm animals to pets, characters from books from fairy tales to racing cars.

They were invented for an important job: to tell which direction the wind was blowing. Gradually they became appreciated as an art form.

A new exhibit at the American Folk Art Museum in New York, “American Weathervanes: The Art of the Winds,” presents the history, technical virtuosity and artistic beauty of weathervanes made between the late 18th and early 20th centuries century. The free exhibition runs until January 2.

“Dove of Peace” is on loan from the Mount Vernon Ladies Association to the American Folk Art Museum for a weathervane exhibit. It was commissioned by George Washington, an amateur meteorologist. (Gavin Ashworth / American Folk Art Museum via AP)
The galleries present around 50 weathervanes and patterns, as well as ephemeral documents such as deeds of sale, advertisements and old photographs.

One work, “Dove of Peace”, was commissioned by George Washington. An amateur meteorologist, he commissioned Mount Vernon architect Joseph Rakestraw to design the weather vane in the shape of a dove with olive branches in its mouth.

Museum curator Emelie Gevalt cited the museum’s “Hudson’s Curlew” as one of her favorites. 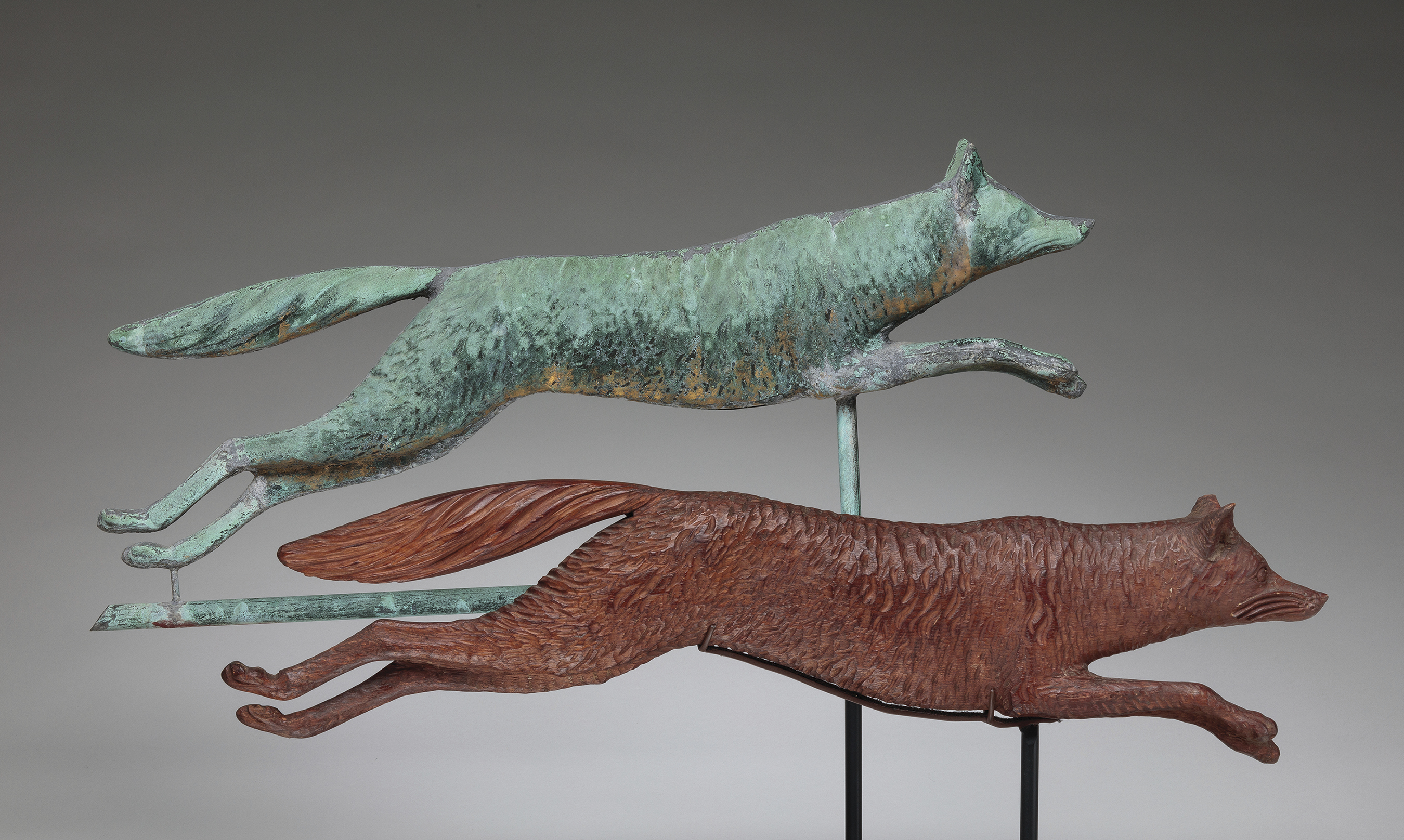 A copper fox weather vane was used for an important job – telling which direction the wind was blowing. Gradually weathervanes became popular as an art form. (Richard Goodbody / Museum of American Folk Art via AP)
The 1874 room is large – almost 7 feet high and 4 feet wide. A relatively simple design, it represents the body and distinctive curved beak of the gold leaf tin shorebird, and was once seated atop the Curlew Bay Sports Club in Seaville, NJ

â€œThe magnificent silhouette of this large weather vane explains exactly why Americans at the turn of the 20th century found weathervanes so attractive,â€ Gevalt said. “The graphic impact is surprisingly modern, testifying to the strong intersections between modern aesthetics and what we call ‘folk’.”

The exhibit also includes a 62-inch-tall gilded statue of an American Indian with a bow and arrow pointed skyward. The work set a record for a weather vane sale, $ 5.8 million, at Sotheby’s in 2006.

American Indians were a common subject of early American weathervane art. In the exhibition, Joseph Zordan, consultant researcher and member of the Bad River Ojibwe, contributed an interpretive text on these dawns and the legacy of colonialism. â€œInevitably, such images tell us more about the people who made them than who they are meant to represent,â€ he said. 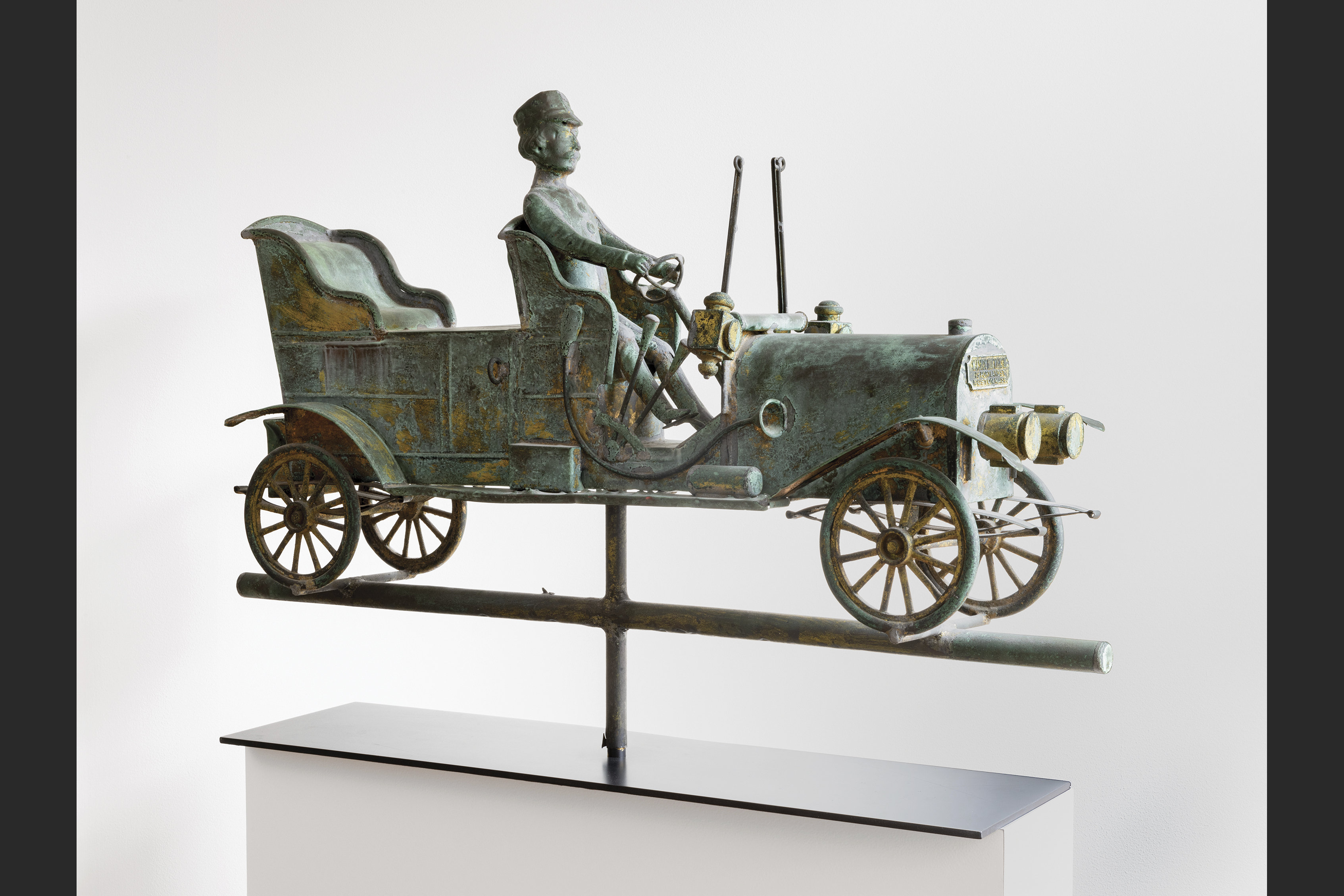 What makes a weather vane work? The boom on the structure is a balancing weight, so when the wind blows, it – and anything attached above it – spins in that direction.

A change in wind direction can mean a storm is coming, so the weather vane has been a key tool for farmers or sailors over the centuries. For those living in towns and villages, looking up to see a weather vane swinging means it’s time to get inside.

Shaw said weathervanes date back at least to the ancient Greeks. In medieval times, these were often fabric flags; later these flags were made of metal, and some can be seen on public buildings in Colonial America.

(The ubiquitous rooster? Shaw says this was the result of a papal decree in the 9th century. Plus, the shape of the bird was effective in capturing the direction of the wind.)

Shipbuilders, butchers, car makers, and others often used weathervanes to advertise their businesses. Copper became a metal of choice because it was easy to cut and shape into interesting shapes, adapted well to gilding or painting, and did not rust. 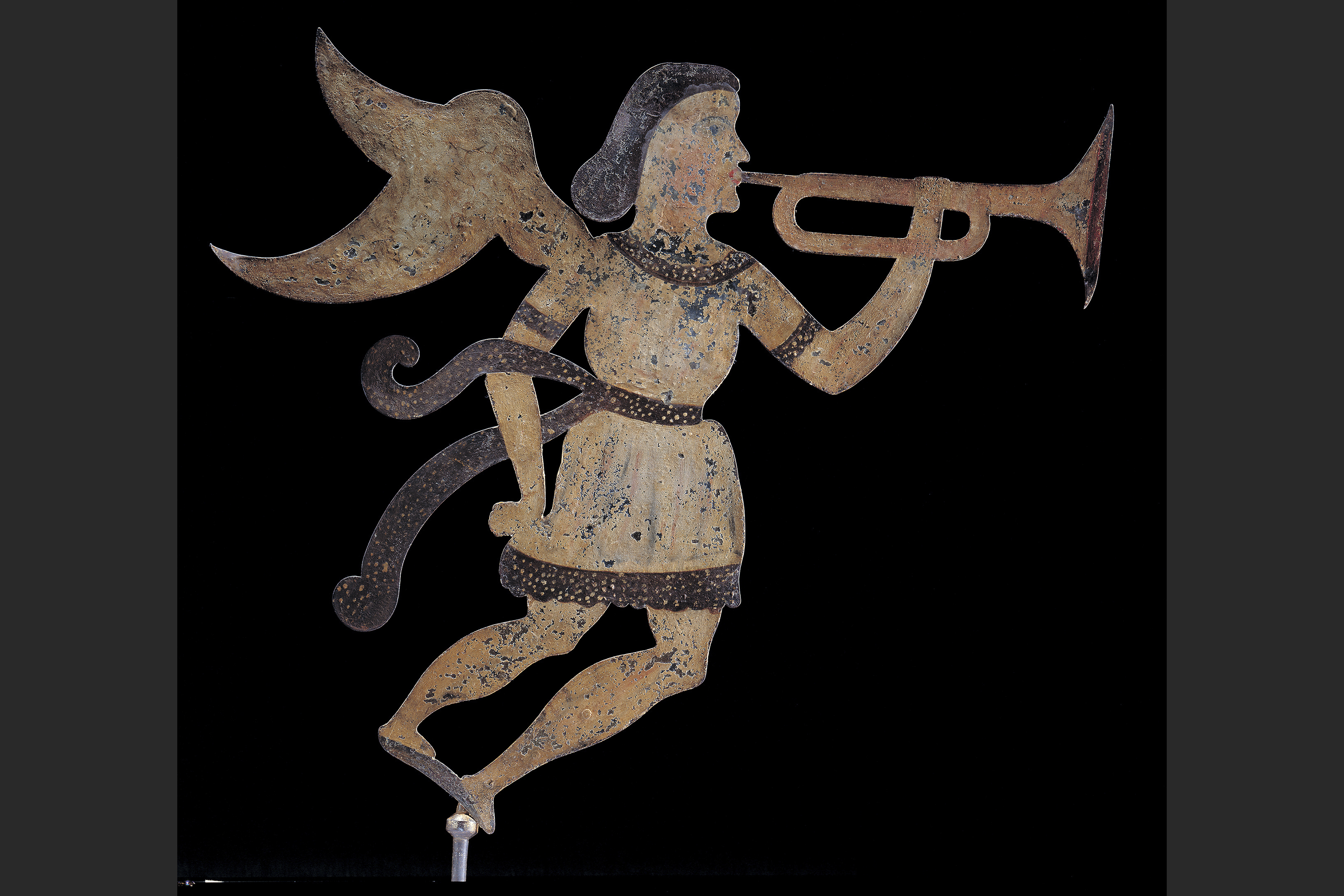 This image provided by the American Folk Art Museum shows the Archangel Gabriel’s weather vane. (George Kamper / Museum of American Folk Art via AP)
There were weather vanes for all budgets, Gevalt said. J. Howard & Co. in Massachusetts made many elaborate and expensive pallets, but also smaller, inexpensive roosters.

As early as the 1920s, old weathervanes began to find new homes among folk art collectors, and by the 1970s there were great exhibits and books.

Although their usefulness has faded, replaced by high-tech meteorology, weathervanes remain popular as roof ornaments.

Creative and personalized weathervanes are still sold today. You can have your favorite sport or your pet represented as a weather vane on girouettesofmaine.com. Fairytale characters, planets and spaceships can be found on sites like westcoastweathervanes.com. At ferroweathervanes.com you will find divers, dinosaurs, submarines and crocodiles playing croquet. And on weathervanefactory.com, there are fancy jackalopes, dancing pigs, a viking ship and more.