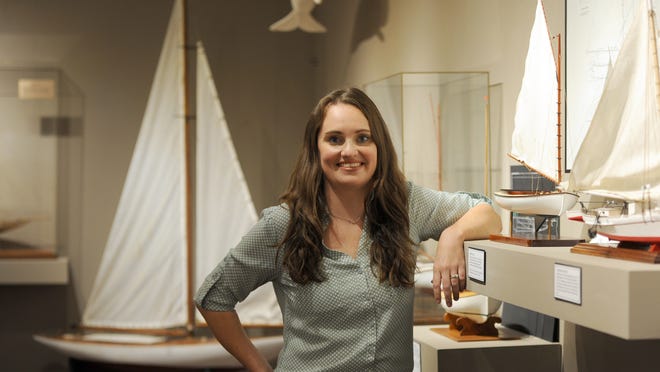 In this pivotal time for local cultural organizations, one Cape Cod historical museum has lost its executive director, while another has gained a new chef to help it reopen.

The challenges of the pandemic played a role in both changes.

As Danielle Jeanloz considered retiring after turning 65 in December, the five-year executive director of the Chatham Historical Society’s Atwood Museum reflected on what needed to be done to reopen this year, then chose to step down on Tuesday. .

â€œThere is a lot to think about now, managing a museum. Not that I wasn’t up for the challenge, but it’s a lot of hard work and I was like, â€œYou know, it’s time for someone a little younger than me to do it. She said. â€œAnd I love living in Cape Town so much. â€¦ It was time to calm me down a bit more.

The reopening of the Cape Cod Maritime Museum in Hyannis to the public this year was the first assignment Elizabeth York became executive director on August 10. She and other officials agreed it was important to maintain the museum “as a resource” for the community and visitors from near and far, she said.

York reopened the building on August 26 on a three-hour-a-day, three-days-a-week schedule, six people at a time. This is a time to both welcome visitors safely and give her the opportunity to learn about her new employer, she said.

â€œIt was a very interesting way to start a new jobâ€¦ not something that people in leadership roles would expect to have to do,â€ she said of the decision to reopen with a laugh. “While this global pandemic is horrificâ€¦ (circumstances created) a way for me to be slowly introduced to museum operations without being thrown directly into the fire.”

Jeanloz and York focused on increasing the virtual presence of their museum as essential for the future. Jeanloz leaves Atwood in the hands of Acting Director of Deputy Director Kevin Wright after months of virtual work with museums around the world to figure out how to proceed in the era of COVID-19.

Teleconferencing technology â€œhas enabled a small museum like ours to learn and share with people everywhere. It also gave us a kind of a bigger presence than we’ve had the opportunity to have, and it’s very exciting, â€she said. â€œWe have had more time to focus on our website, to bring more resources online and to rethink the way we use and share information.

In retirement, Jeanloz plans to continue volunteering and pursuing projects at the museum between more time spent with family, traveling and in the garden. She has scheduled her departure not only at the end of the summer season, but after the completion of several website projects and the end of the virtual version of last week’s annual fundraising gala.

Website offerings are also a top priority for York in her new role, hoping to add “a very in-depth online resource” for visitors and people to New England. Among its projects: a series of virtual lectures by maritime academics, online family programs like crafts on the theme of the sea and videos of discussions with staff members and experts.

“We hope to take the museum in its physical sense and bring it online,” she said. Particularly with some people feeling more comfortable staying close to home now, a primary goal “is to educate the public, whether through our online programs or by entering the building to see our. exhibitions â€.

York’s experience includes time as a collections director at Battleship Cove and the Maritime Museum of Fall River. She points to graduate internships, including at the USS Hornet Sea, Air and Space Museum in California – and her father’s connection to this work throughout his time in the U.S. Marines – for setting her on a path quarry surrounded by ships.

â€œIt’s something I knew I had to do and love to do,â€ says York, who grew up in Acton â€œon the waterâ€ swimming, boating and fishing. While working in a museum, â€œI realized that I was preserving these collections and this story for people like my father. … Whether it is a historic home, historical collections or … the maritime industry, you are preserving a history that has had an impact on individuals, a community, a family, a nation and you yourself. keep the story alive in a dynamic and exciting way.