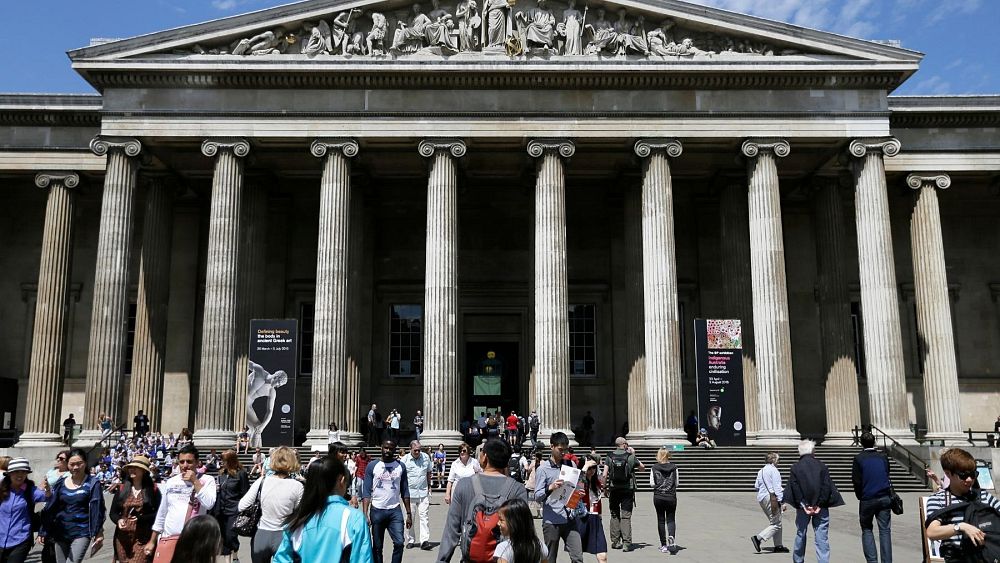 Across Europe, museums are taking a critical look at their collections, both the objects on display and the countless other artefacts held in storage, with a view to returning them to their place of origin.

In recent years, many objects of cultural and historical significance have been repatriated, and it is not only the museums of large countries with deep colonial histories such as Great Britain, France, Spain, Italy or the Netherlands which are confronted with the realities of cultural restitution, but also the small countries of Northern and Eastern Europe.

In 2018, a landmark report by Senegalese scholar Felwine Starr and French art historian Bénédicte Savoy recommended that French museums return tens of thousands of objects, many of them looted, to African countries. sub-Saharan. At the time, President Macron endorsed the report’s findings, but it took time for any concrete action.

Over the past two years, however, a number of significant items have been returned by French, German and American museums to Nigeria in particular; while other important pieces have been sent back to DR Congo from Belgium, as that country goes through a period of necessary reassessment of its own brutal colonial past.

The British Museum in London in the spotlight

The British Museum in London has one of the largest collections in the world with around eight million pieces – and only around 1% on display at any given time. Some of the most high-profile exhibits are also among the most controversial, with decades-old campaigns to return items such as ancient sculptures to Greece or priceless plaques to Africa.

So what does cultural restitution actually mean? Will museums be stripped of any artefacts from elsewhere?

Dan Hicks is Professor of Contemporary Archeology at the University of Oxford and author of the recent book “Brutish Museums” which explores issues of cultural restitution, repatriation and decolonization of museums.

“There are a lot of misrepresentations on the issue of restitution,” Prof Hicks told Euronews.

“Nobody in this space really sees it as a matter of dismissal, more of an openness matter to give back when asked on a case-by-case basis. Which of course we already do,” he says.

Some of the strongest and most persistent calls for cultural restitution concern the Parthenon Marbles – enormous sculptures taken from Greece in the early 1800s; and the Benin Bronzes – looted in a bloody British raid on a royal palace in modern Nigeria in 1897, priceless artefacts from the Edo culture dating back to the 13th century.

There appears to be slow progress on some of these items. Former UK finance minister George Osborne became chairman of the British Museum last year and suggested he is preparing to loan the Parthenon marbles to Greece for a limited time, although the Greeks maintain their insistence that the sculptures be returned permanently.

The British Museum tells Euronews that administrators consider all requests for repatriation and restitution on a case-by-case basis.

“Research into the history of the collection as a whole and the individual objects it contains is ongoing. This involves research based on objects and archives both in the British Museum itself and elsewhere. Many Objects have been in the collection for hundreds of years, so it is not always possible to know their full history,” the museum said in a statement.

Prof Hicks says the process is not about emptying museum collections.

“It’s absolutely not about every item going in some weird logic to where it was made. The objects have always moved,” he explains.

“The question is when the objects were taken and there is a demand for their return. Museums need to be open to something other than plugging their ears and saying never, never, never.”

Small museums are reassessing their own collections

While larger museums in major European capitals often have prominent pieces that become the focal point of conversations about restitution, smaller museums have also had to rethink the objects they have in their collections.

“The way of doing the work of museums has changed a lot and since the last decade museums are increasingly trying to really serve all groups of society and communities,” says Elina Antilla, director general of the National Museum of Finland. in Helsinki.

Antilla explains that many museums reflect on their existence, wondering why they have collections and what kind of resource they are for the people who visit them. The concept of a museum is now less about simply displaying objects, but about educating and retaining expertise and insights for the communities they serve.

The Helsinki Museum has already made efforts to catalog all the objects available to it, although the pace of this work is limited by its labor intensity. The museum recently repatriated Native American remains to Pueblo tribal lands in Arizona and returned a Stone of Power to the Ovambo Kingdom in Namibia.

Partnership on the exhibition of Sami artifacts

The way in which the Sami culture is represented in Finland is particularly sensitive, and recently the National Museum launched a new type of exhibition, in partnership with the Siida Sami museum in Lapland.

Previously, the museum featured many exhibits on Sami culture, and over the decades has played a prominent role in how the Sami are viewed in Finland. However, these exhibits were always created by museum staff and represented their view of how Sámi history and culture should be presented, not a Sámi view.

Last year, the National Museum returned around 2,000 objects from its collection to Siida, and the Homecoming exhibition – or mäccmõš, maccâm, máhccan in Finland’s three Sámi languages ​​- included Sámi integral to the way it has been assembled.

This means that the Helsinki Museum will be able to borrow objects from Siida and exhibit them, but will do so in partnership with the Sámi Museum as a partner.

4 online loans that can help cover