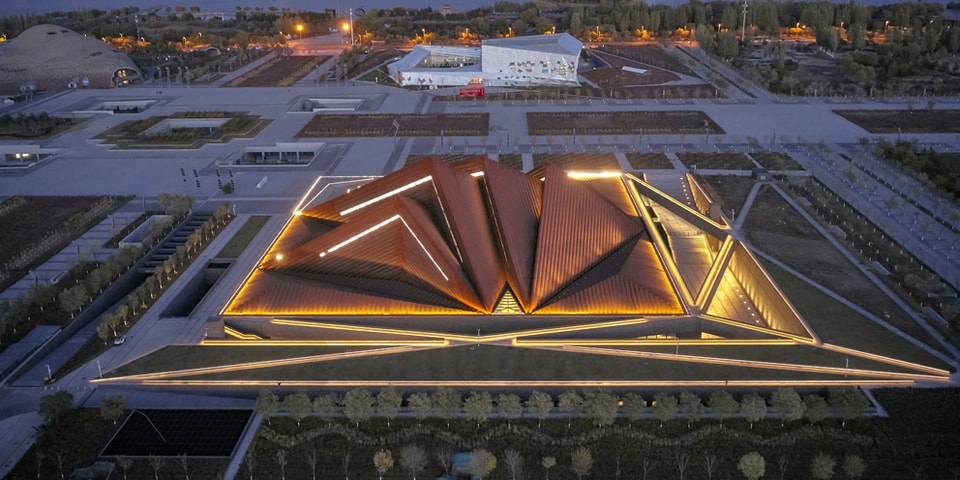 Foster + Partners, the British architecture studio behind landmarks such as Wembley Stadium in London, Apple Park in Cupertino and Virgin Galactic Space Terminal in New Mexico, has announced the opening of Datong Art Museum, located in northern China.

The new location is one of four new buildings in Datong New City Cultural Plaza. and was built as a social and creative hub, described by Foster+ Partners director Luke Fox as “an urban living room that brings people, art and artists together in a space where they can interact”.

The 32,000 square meter art museum features an exterior of four interconnected pyramids made up of naturally oxidized earth-colored steel plates that allow for flexible column-free space below. The roof is optimized to naturally evacuate rainwater and is highly insulated to reduce energy requirements. The gallery spaces are sunk below the surface and the skylights above are deliberately placed to take advantage of the northwest orientation of the building.

Upon arrival at the Museum, visitors are led to the entrance via cleared diagonal paths that blend into the surrounding landscape. A winding series of ramps lead up to the central square, and the mezzanines open up to reveal a wide view of the Grand Gallery which will soon house large-scale exhibitions and performances. Smaller air-conditioned exhibition halls are placed towards the edges of the museum, and other multi-purpose spaces are also available, including a gallery dedicated to children, an education center, a media library, artists’ residences, an outdoor amphitheater and conference rooms.

Take a look at the newly completed structure above.

In other news, Crow Castle in Japan features a vivid laser mapping display.

Notes from the museums: Walks of honor