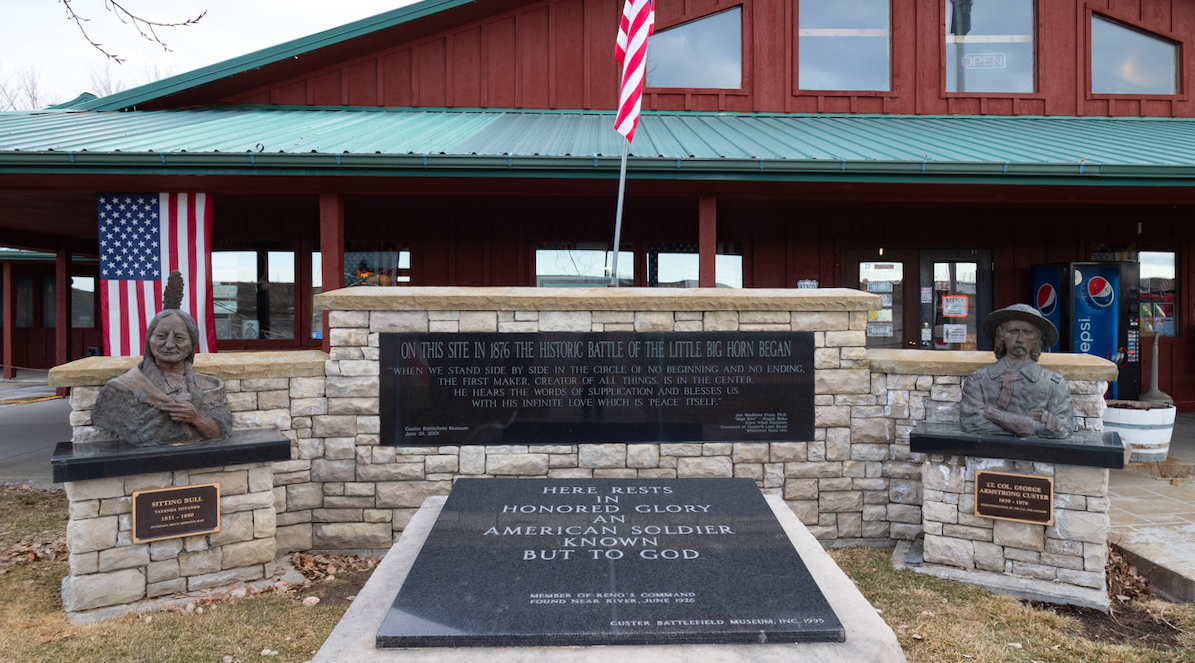 From Ekalaka to Hardin, seven museums take visitors from the prehistoric days of dinosaur roaming to the grueling days of family property to the bloody days of the Battle of Little Bighorn in the ruthless and beautifully austere country of southeastern Montana.

I am a transplant worker from Texas, having recently moved from Southeast Montana. It’s a funny thing that when you live somewhere for 20 years you still think you’ll have time to visit the local places that tourists flock to. But I didn’t take the time until I returned to Montana for a recent visit. Here are seven historical museums worthy of a U-turn, detour, turn back and / or detour to visit as they educate, entertain, and allow visitors to witness the historic past of the South- eastern Montana.

Ekalaka, named after one of the early settlers, Ijkalaka, a Sioux woman, is home to Montana County’s first museum. Amateur archaeologists and paleontologists founded the museum in 1936 to showcase dinosaur finds in the region. It includes fully assembled specimens of T. rex and Anatotitan copei, a Triceratops skull, and many other fossils from the region. The history of dinosaurs spanning 90 million years accompanies the exhibits.

They also have an extensive collection of Native American arrowheads, clothing, and pottery shards from nearby excavations dating back thousands of years.

Pro tip: To learn more about dinosaurs from paleontologists and participate in a dig, you can attend the Annual Dino Shindig on the last weekend of July. For more information on the event and the wheelchair accessible museum, visit their website. Allow one to two hours for your visit.

The six-building museum complex shows visitors a slice of life in Baker, starting with prehistoric fossils in the Block Building, and continuing with vintage cars and farm machinery in the Metal Building. Near a tar paper homesteader’s hut in this building is the story of a female homesteader, Ella Roget. Any man or woman willing to brave the Montana trip could inherit public land as long as they improve it by building a house and working the land within three years.

Across the street, an incredibly small two-room cabin is the original property built by Amos and Cordelia Lambert. A productive couple, the Lambert’s have raised nine children in the house. The farm contains their humble belongings from the early 1900s, while the adjacent building, once a mining concession shack, features beautiful heirlooms from the late 1800s donated by a local family.

Steer Montana – the world’s largest ox, weighing 3,980 pounds when alive – welcomes visitors to the former Fallon County Jail. The sheriff’s quarters were downstairs while the jail was upstairs. It closed in 1974.

The ground floor contains a period kitchen where the jailer’s wife prepared food for her family and the inmates. The detainees reportedly washed their own dishes.

Upstairs, vintage women’s clothing hangs where the women’s cells used to be, and military uniforms hang where the men’s cells once stood. All areas of the museum are wheelchair accessible, with the exception of the prison and the mining concessions hut.

Pro tip: For hours, visit their website. Allow 2 hours for a visit.

Cameron (1868-1928) was a wealthy Englishwoman who fell out of favor with her family when she married a divorced Scotsman and moved to Montana. Her family continued to send her a small annual allowance, but Cameron began photographing the people and landscape of the area to make ends meet.

Cameron rode with her camera and glass plates to farms, church picnics and haymaking days when neighbors gathered to help each other. She also made self-portraits of typical and extraordinary days, filled with wild animals and wild lands. In addition to seeing the photographs, you can read his journals on the life of the pioneers.

Pro tip: The wheelchair accessible museum is open regularly during the summer and by appointment the rest of the year. Consult timetables and contact details here. Allow 2 hours for your visit.

If you’d like to spend the night at Montana’s oldest hotel, where Teddy Roosevelt and Calamity Jane have each stayed, head to Hotel Kempton.

Located in Miles City, the museum began in 1939. It has since expanded to include several connected buildings, a one-room school, and a homesteader’s house. Their collection spans the gamut from fossils and 1200 arrowheads to an iron lung and everything in between.

Depictions of a drugstore, hat shop, saloon, and post office take you back to 1877, when Miles City was called Milestown and people strolled along the boardwalks. Considering the museum’s herding lifestyle, you will find a comprehensive collection of barbed wire and branding irons.

Pro tip: The hours are on their website. Allow 3 hours to visit the wheelchair accessible museum.

If you visit on the third weekend of May, you may experience the Bucking Horse Sale. A rodeo, horse race, rodeo stock race horse auction, concert and street dance are all part of a busy weekend.

Of particular interest is the exhibition on cowboy artist and writer Will James. His house and his studio are part of the historic buildings of the estate. Born Joseph Dufault in Quebec, Canada, he immigrated to the United States in 1910, changed his name to William Roderick James and became a cowboy. After landing in prison for cattle rustling, he started to draw. His wife later encouraged him to write and illustrate his cowherd stories in more than 20 books.

If James has piqued your interest, the largest collection of his work and personal effects can be found in the Yellowstone Museum of Art in nearby Billings.

Located in the visitor center at the Little Bighorn Battlefield National Monument at Crow Agency, historians deliver talks on this complicated battle between George Custer and Sitting Bull and Crazy Horse. Custer did not agree with the US government’s removal of Native Americans from their lands, but was politically motivated to advance his career. Sitting Bull wanted nothing more than to continue the nomadic lifestyle he and his people knew.

Exhibits include Custer’s personal effects, Native American weapons, and beaded clothing. The museum seeks to inform visitors about the events that led to the conflict.

Pro tip: Allow 3 to 4 hours to visit the museum and the battlefield. Both are wheelchair accessible. Directions and times are on their website.

At the entrance to this private, non-profit Garryowen museum is the third grave of an unknown American soldier who fell victim to the Battle of Little Bighorn. The other two graves are in Arlington, Virginia, and Pearl Harbor, Hawaii.

Near the tomb, a crypt contains an ax, a sword, letters and photographs buried. Once inside the museum, a photograph of the day the hatchet was buried by representatives of the Sioux tribe and the U.S. military greets visitors.

Custer’s beaded leather gloves and his brother’s gun are also on display. In all, five members of the Custer family died in the battle.

The largest collection of photographs taken by Western American artist David F. Barry covers an entire wall. Portraits of Custer and Sitting Bull are part of the collection.

And for those interested in Lewis and Clark’s expedition, which explored Montana in 1805 and 1806, check out the exhibit of the earliest books on their journey.

Pro tip: Allow 2 hours to visit the wheelchair accessible museum and watch a documentary on the Battle of Little Bighorn. See hours and directions here.

10 cool events for kids at libraries, zoos and science museums