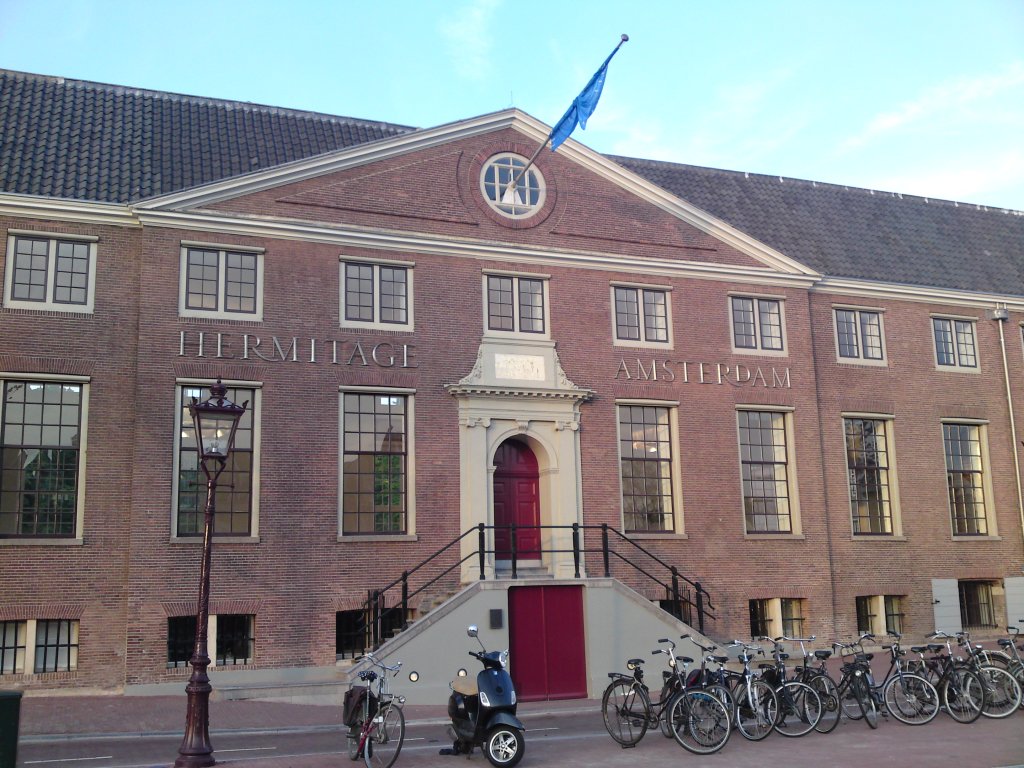 The Hermitage Art Museum in Amsterdam, an outpost of the Hermitage Museum in St. Petersburg, announced on Thursday that it was officially cutting ties with the Russian institution following the invasion. of Ukraine by the country.

“Through our carefully constructed relationship…we gained access to one of the most famous art collections in the world which we could use to complement our exhibitions,” the Dutch museum said in a statement.

The museum continued that management had tried to remain politically neutral, but “Russia’s recent attack on Ukraine means that neutrality is no longer tenable.”

During its nearly 20-year collaboration with Saint Petersburg, the Dutch Hermitage, which first held exhibitions in the city in 2004 and moved to its current headquarters on the banks of the Amstel River in 2009 , had largely refrained from commenting on Russian politics. The Ukraine siege launched in February “crossed a line”, according to the museum, but it is open to reforging ties if “Russia changes”.

The museum has closed its current exhibition on Russian avant-garde art until further notice. The program “Russian Avant-Garde | Revolution in the Arts”, was produced in cooperation with Saint Petersburg and features 500 objects, including pieces by Kazimir Malevich and Wassily Kandinsky. The Dutch institution has often drawn on the vast fund of the Saint Petersburg institution, which alone has more than 17,000 paintings, to mount its exhibition.

In addition to the Amsterdam location, the Hermitage’s international outposts also include two in Russia, the Hermitage Kazan and the Hermitage-Vyborg Center. In January, the museum pulled out of a planned expansion in Barcelona in the face of years of local opposition and the growing prospect of a legal battle over the development. At the time, 23 Spanish provincial capitals, including Madrid, in addition to a dozen other European cities, had expressed their interest in hosting a branch of the Hermitage.

Likewise, other institutions and artists have also canceled collaborations with Russian institutions around the world. On February 28, Herman Parzinger, head of the Prussian Cultural Heritage Foundation in Berlin, said the German institution was suspending collaborations with Russian partners, according to Monopoly. Earlier this week, German President Frank-Walter Steinmeier withdrew funding for a traveling exhibition, ‘Diversity United’, which is currently on display in Russia, and Dutch artist Constant Dullaart called for his installation to be removed from the exhibition. ‘exposure.

Icelandic artist Ragnar Kjartansson, the subject of the inaugural exhibition at the VAC Foundation’s latest gallery, GES-2 in Moscow, brought the performance art installation ‘Santa Barbara – A Living Sculpture’ to a close early. “It is not possible to have this job when this horror begins,” Kjartansson told Iceland’s National Broadcasting Service – Ríkisútvarpið, calling Russia a “fascist state”.

What happened to loans between individuals?