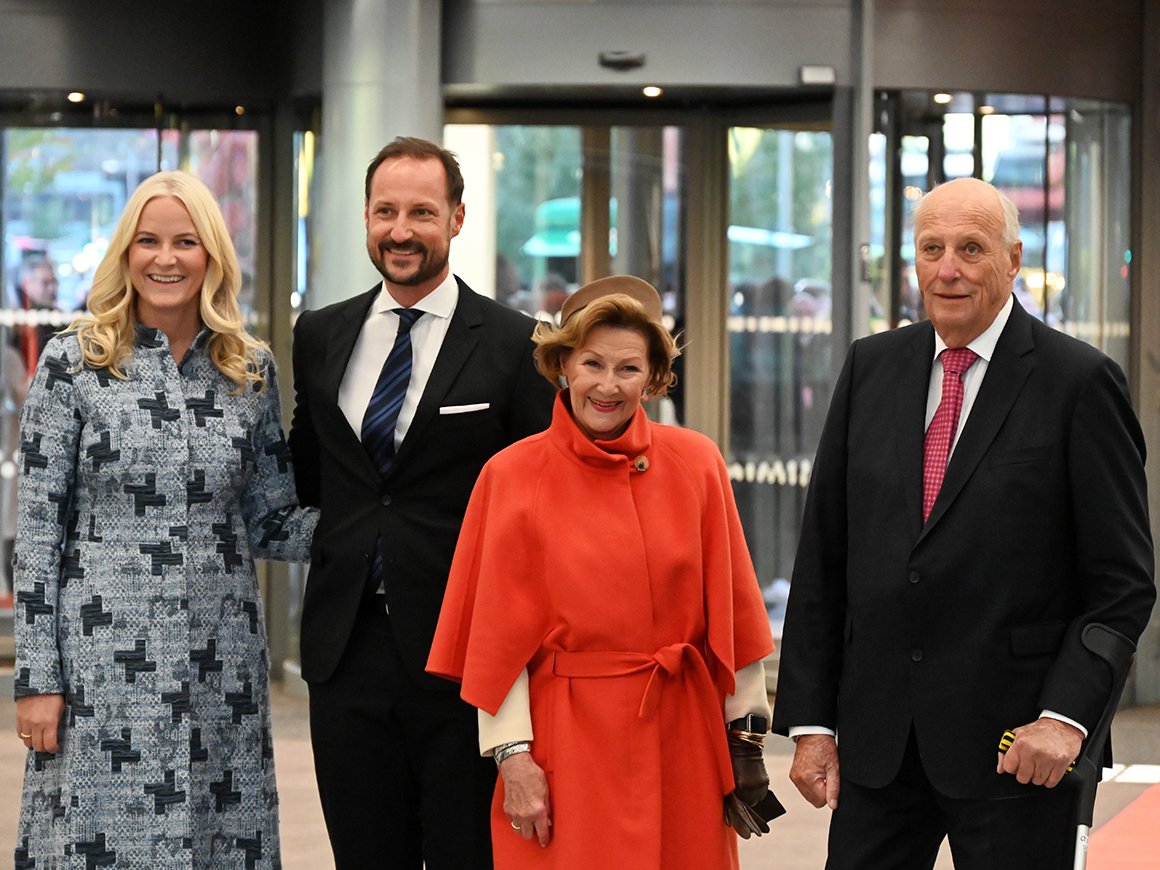 King Harald and Queen Sonja of Norway have opened a new art museum in Oslo dedicated to a famous Norwegian artist, Edvard Munch.

The King and Queen were joined by Crown Prince Haakon and Crown Princess Mette-Marit for the opening of the MUNCH museum. The opening ceremony was held outside in Edvard Munch Square, where the King spoke, and the Queen cut the ceremonial ribbon.

His Majesty spoke about Edvard Munch during his remarks and how people around the world feel a connection to his art. King developed the artistic side of Munch and his work, saying, “It belongs to all of us. We can see ourselves in our encounters with his pioneering works – our own light and dark sides. It takes away all that is unnecessary and focuses on the essence of human life: love and anguish. Joy and sadness. Life and death.”

After Queen Sonja cut the inaugural ribbon, music by composer Koka Nikoladze was played before Oslo’s church bells rang and ships honked in honor of the opening.

Members of the Royal Family were then welcomed inside the MUNCH Museum for a guided tour by director Stein Olav Henriksen. They got to see some of Munch’s most famous works, including several versions of “The Scream” and “Madonna”.

The museum’s opening celebrations took place inside and outside the building for three days. Free tickets were distributed for the opening day on October 22 and the following two days.

The MUNCH museum is 13 floors with 11 exhibition halls. There is a permanent exhibition of 200 works by Munch in the museum; other temporary exhibitions will be placed in the museum. In total, MUNCH contains over 26,000 pieces by the artist.

This museum replaces the original MUNCH museum opened by King Olav in 1963.

Edvard Munch is a well-known Norwegian painter who is behind the iconic painting “The Scream”. He was born in 1863 in Loten, Norway and died in Oslo in 1944. He left many of his works of art to the city of Oslo upon his death.