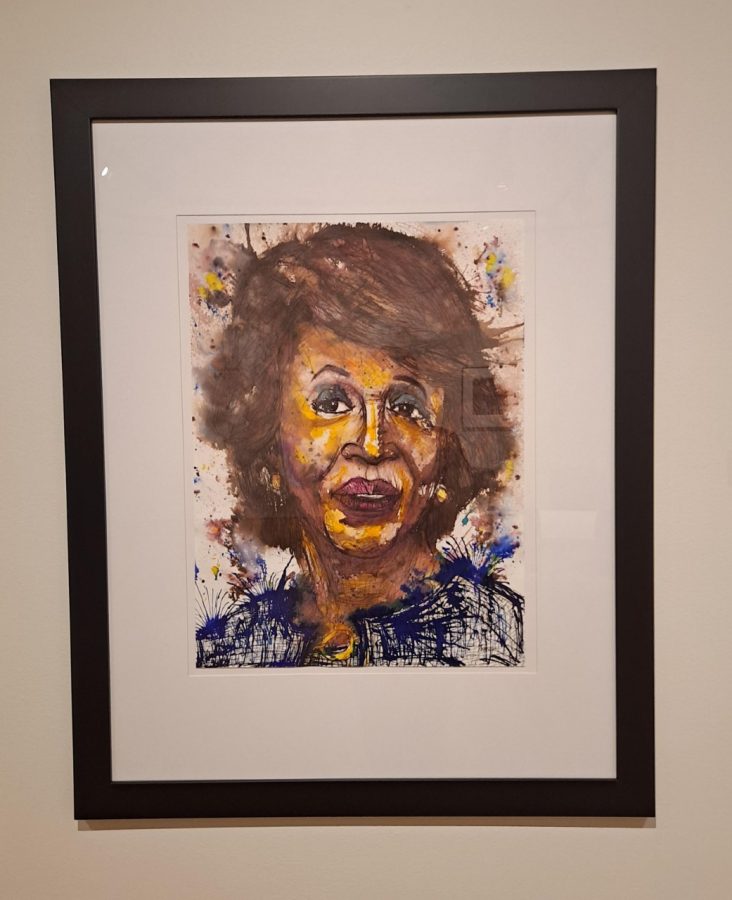 On Friday November 5th, the Mulvane Art Museum hosted an event called â€œMeet the Artistâ€ which showcased several artists and their work. The pieces were centered on people, objects and ideas that inspired the artists.

John Sebelius, one of the featured artists, teamed up with award-winning photojournalist Brain Lanker, who has photographed many inspiring African-American women to create something even more inspiring. The series was called “Powerful Women”. It included colorful paintings that demonstrate the beauty of many influential women.

â€œThe series really started when I started researching powerful women over the years and tried to find works of art or photographs of their lives. There was a huge void, especially with women of color, and the visual library celebrates the lives of these women, â€said Sebelius. â€œIt started with a small series of portraits and curtsies. Now that’s over 100 portraits, so I’m going to keep adding people present and past who inspire me and the world.

His pieces started out as something small but slowly heads started to turn to his work and his pieces grew into something bigger.

â€œIt’s a great place to be to have a group of individuals who can come together and find a place to celebrate the accomplishments of diverse women. It really started out as a project for me for my own enthusiasm and it led to a more public way for us to celebrate these achievements. So I’m going, â€Sebelius said. “I don’t really have a plan for the end result of this series, but now it’s become an obsession to keep building on it and keep growing.”

Another featured piece was â€œNo Endpoint for the Stubbornâ€ created by Kate Horvat. It’s a big and inspiring piece. Instead of using regular canvas or paper, Horvat decided to put his pieces on yellow flags.

â€œSo the separate activists used these flags as a way to communicate en masse when everyone was together. If they all have a yellow flag, that really says something, â€said Horvat. â€œA group of people of that color know what the message is and often put their slogans in it as well. “

Horvat wanted to immortalize the centenary of the ratification of the Nineteenth Amendment, by contributing his work to Rebecca Manning.

“She was the curator of the exhibition, an exhibition linked to the 100th anniversary of the ratification of the 19th Amendment and therefore behind this work there are really issues of feminism and women’s rights,” said Horvat. â€œI wanted to directly reference the suffrage movement with yellow, which is their color, but also to integrate more contemporary feminist issues.

Horvat’s play became inspiring and caught the attention of many.

â€œI was overwhelmed with the response and very grateful. I can’t say I was prepared or had any expectations for anything other than hoping people get something out of it. Hovrat said.

Imagine a Text, from children’s books to abstract art:

Stephen T. Johnson is an artist drawn to the connection between objects and ideas. His series was called â€œPicture a Text, from children’s books to abstract artâ€.

â€œIt took seven years of work to create the pieces. It’s a trip, and I’m still on this trip. It’s wonderful because anything can be turned into something interesting, â€Johnson said. â€œBy that, having the parameters of the A of each letter of the Alphabet forces you to be creative. With the letter J, knuckle, joints and serrations. So there are endless possibilities. That’s why I titled it A Abstract as opposed to The Abstract because it’s not definitive. You can create your own tools so that there is no right or wrong.

Johnson also works closely with Brad Sneed to illustrate children’s books. Johnson’s book “An Abstract Alphabet” illustrates different ideas that can come from the alphabet. Presentation of different concepts and contexts of objects.

â€œAbstract work in terms of making a children’s book, you can’t just do an abstract painting and put it in a book. There must be a reason for it to exist. And therefore, it’s a play on words and a different word pattern in each letter of the alphabet, â€Johnson said.

Johnson delved into not only the meanings of art, but also the materials that brought it to life.

â€œReally, the settings are fading, like the WP part called wrap wish is made of yarn, wax, and wraps. It’s wrinkled, and there are all kinds of things that gave credit to the creation of this piece, â€Johnson said.

The Mulvane art exhibit drew many familiar and new faces who were eager to see each piece. It is clear that with such passionate art, each guest returned home inspired and with a new perspective.