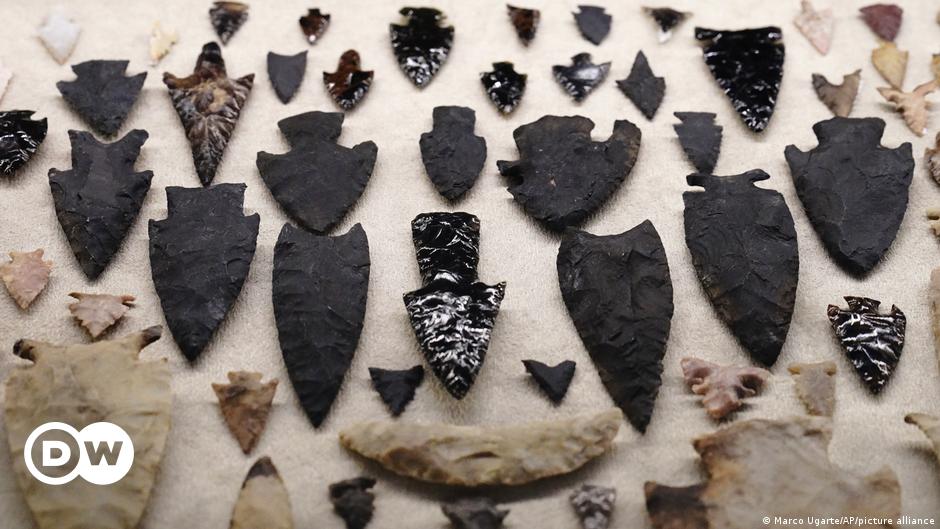 A second museum in Mexico featuring pre-Hispanic and historical objects, most of them recovered abroad, opened on Friday.

Despite laws prohibiting the removal of artifacts from its borders, Mexico has a long history of collectors and traffickers smuggling historic goods out of the country.

Objects seen in Mexico “for the first time”

Most of the objects on display at the exhibition titled “The Greatness of Mexico” will be seen by Mexicans for the first time in their country.

“What is won here is the possibility for us Mexicans to see these pieces again, or even to see them for the first time,” said Miguel Angel Trinidad, one of the curators of the exhibition.

More than half of the artifacts on display at the Mexico City exhibit – 881 out of 1,525 – were returned by foreign collectors or through police seizures outside the country.

The sculptures, vessels and other artifacts were returned from the United States, Italy, France, Germany and the Netherlands.

What are the artifacts?

Many of the pieces on display come from pre-Hispanic cultures such as the Mayans, Aztecs and Olmecs, but some later pieces have also been added.

On display, for example, is an ancient Mayan stela, which shows a warlord holding a captured rival. In the past, it had been exhibited in Los Angeles, California.

The exhibition will be presented at the National Museum of Anthropology in Mexico City and at the Museum of the Department of Public Education.

"Americans In Spain" exhibition at the Milwaukee Art Museum