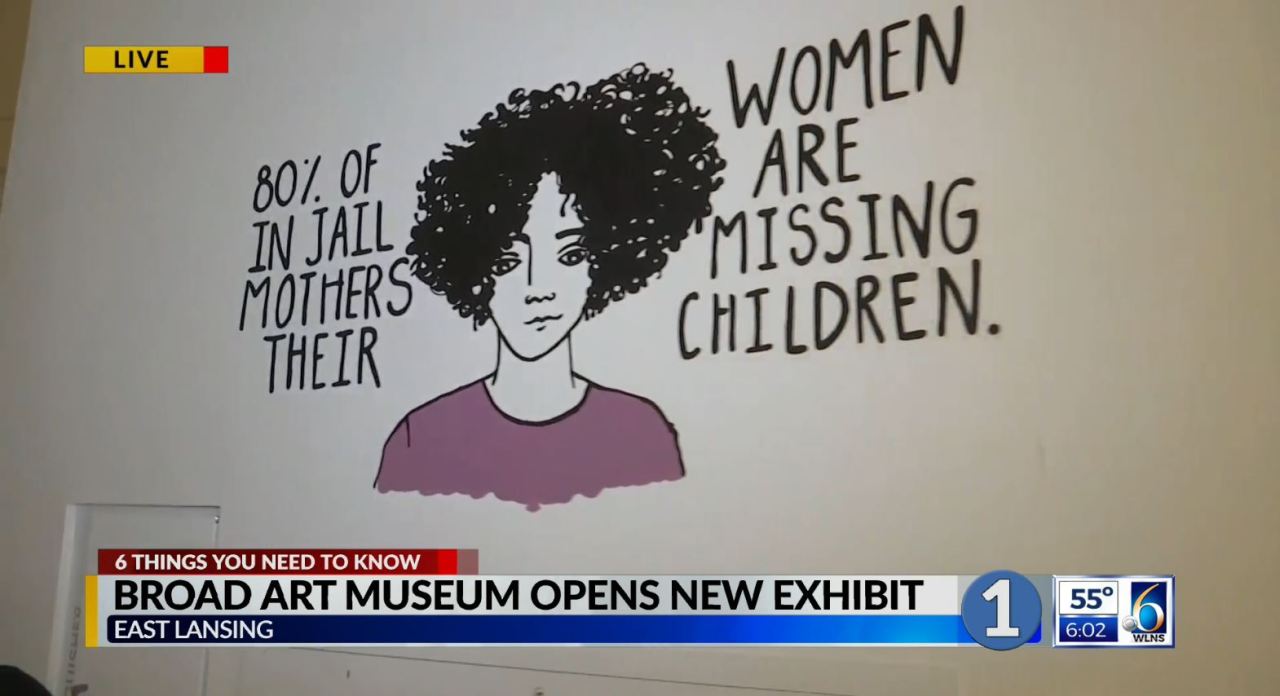 EAST LANSING, Mich. (WLNS) – On Thursday, September 9, from 7 p.m. to 9 p.m., the Broad Art Museum at Michigan State University will host an opening celebration for its new exhibition on mass incarceration.

It will feature six exhibits, all focusing on mass incarceration both state and nationwide. The art will feature works by current and formerly incarcerated artists, and share stories from their time behind bars.

The main objective is to pay attention to the impact of the prison state, which refers to logic, ideologies, practices and structures on the women, youth and Michiganders who are and have been incarcerated.

The list of exhibits includes the critically acclaimed traveling exhibit Per (Sister): Incarcerated Women of the United States, which originated at the Newcomb Art Museum at Tulane University.

Next is Free Your Mind: Art + Incarceration in Michigan, which shows the work of incarcerated people. In addition, there will be another exhibition titled Silenced: Voices from Solitary confinement.

There will also be two exhibitions focused on young people, along with their works of art. Most are based in Michigan. Officials say some of the young artists will be at the event to share their stories.

Those wishing to attend the event can pre-register online for free. The museum is open to everyone all year round and is always free according to officials.