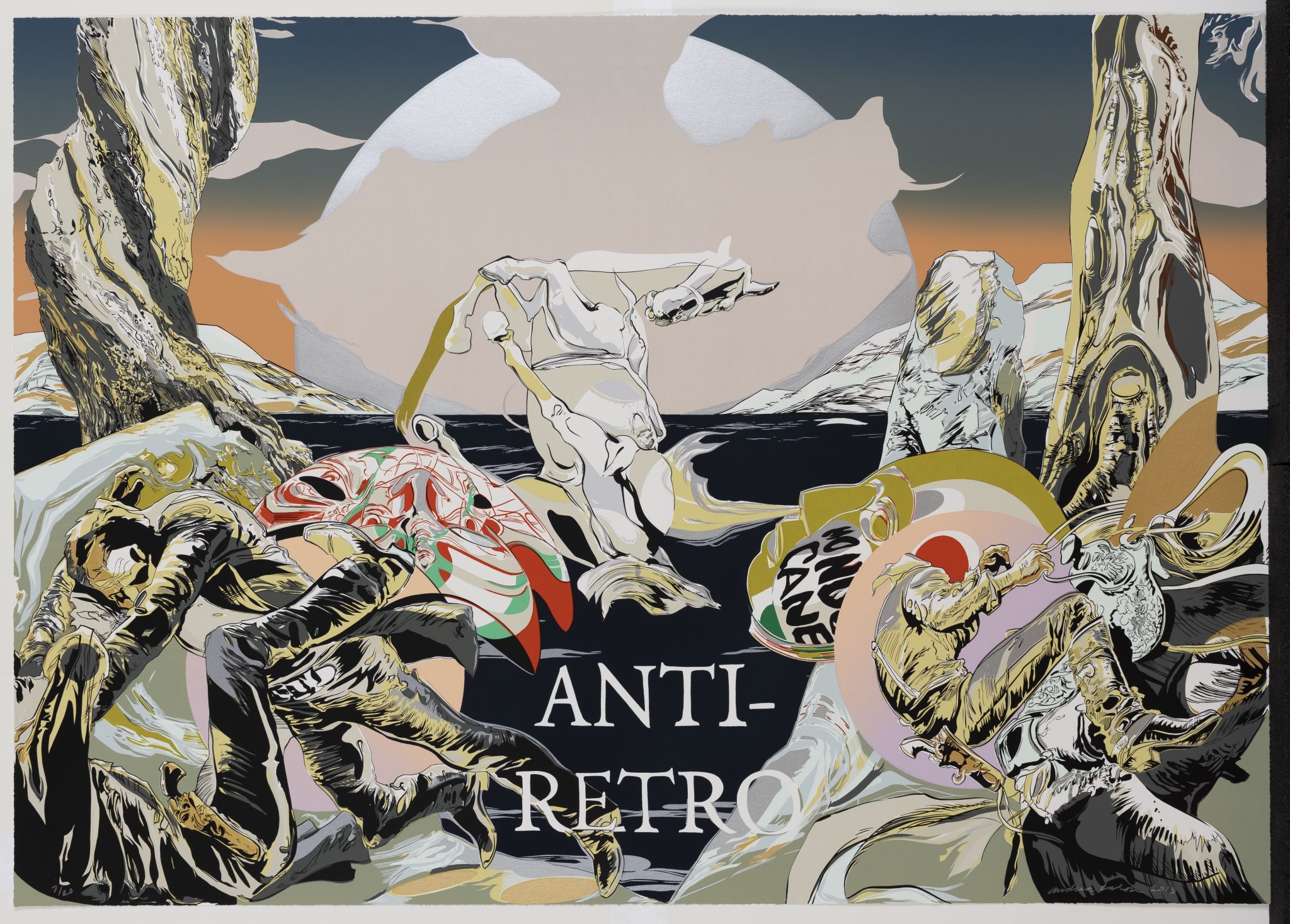 How does an ecosystem of artists, works of art, museums and galleries preserve while challenging our understanding of history and, ultimately, of ourselves? How can art be a catalyst for narrative change in our public consciousness and reshape our civic identity?

Viewers are invited to reflect on questions relating to how we think about the past in “Who Says, What Shows, What Counts: Thinking about History with The Block’s Collection”, an exhibition that highlights over eighty acquisitions recent from Northwestern University’s Contemporary Collection at Bloc Art Museum. The exhibition presents a selection of works that challenge canonical visual interpretations of history by presenting prominent contemporary artists such as Dawoud Bey, LaToya Ruby Frazier, the Guerilla Girls, Jeff Koons, Robert Mapplethorpe, Kerry James Marshall, Ming Smith, Lorna Simpson, Hank Willis Thomas and Fred Wilson, among others. “Who says, what shows, what matters” is the culmination of a major museum initiative that began in 2018, on the occasion of the 40th anniversary of the Block, to acquire works of art that encourage critical reflection on aesthetic traditions in visual art and museum collection practices. . 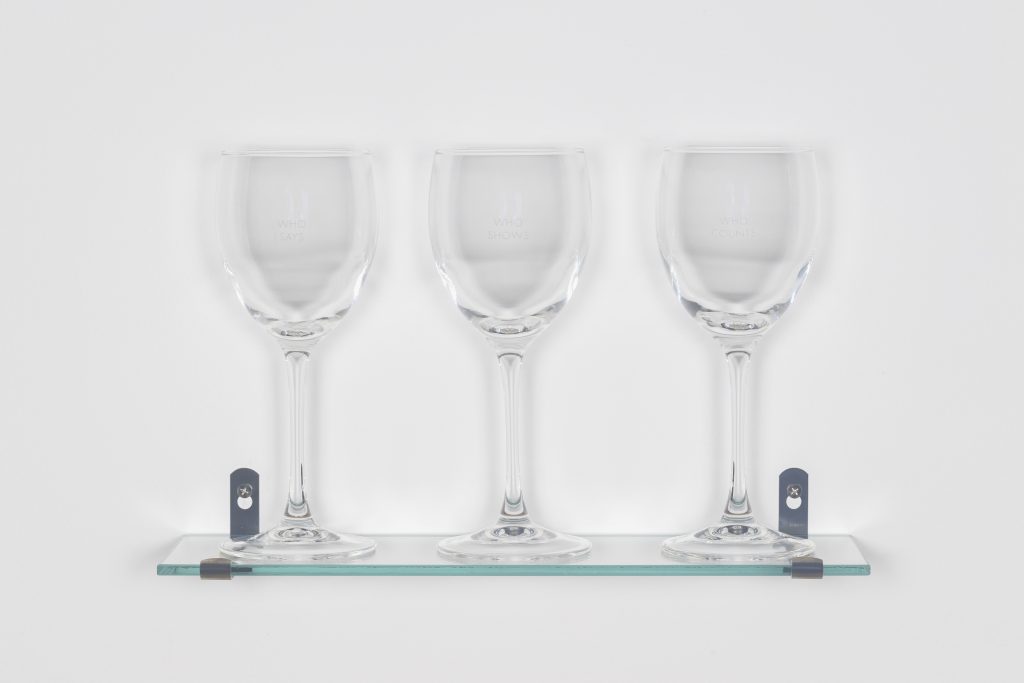 The title is inspired by photographer Louise Lawler’s sculpture of three wine glasses engraved with phrases that draw attention to the glass ceiling often experienced by women artists in the art world, in addition to the practices of exclusion from guarding which can leave artists, art workers and alternative perspectives of history on the sidelines. The piece became the knot with which co-curators Essi RÃ¶nkkÃ¶ and Kate Hadley Toftness developed the concept of the exhibition, in addition to the book â€œThinking About Historyâ€ by Northwestern professor Sara Maza, which explores who writes the history and how it affects the stories that are canonized. With this in mind, the co-curators chose to shift their voices off-center and instead invite students, alumni and faculty to write wall labels for each room.

The exhibition opens with key questions focused on storytelling and storytelling in art: reframing the past, institutions criticized, critical portraits and place and memory. These four curatorial themes serve as a framework for investigating how different artists challenge representations of history.

Upon entering, the viewer is introduced to a group of objects, including screen prints, sculptures and collages. “Log Cabin II” by Paul Ramirez Jonas and “Anti-Retro” by Andrea Carlson immerse viewers in a kaleidoscope of colonial signifiers of log cabins, cowboys, seascapes and mountains that refer to concepts such as manifest fate and westward expansion – theories that were at the heart of American founding myths. Carlson’s Impressionist traits portray a familiar historical scene of armed warfare in American art depicting a military encounter in action. With a horse falling backwards and abstract legs and arms in positions of conflict, the composition characterizes the narrative as chaotic, instead of heroic or triumphant. It is difficult to say who is the winner of the fight, which leads the viewer to question the validity of the story and the characters portrayed. 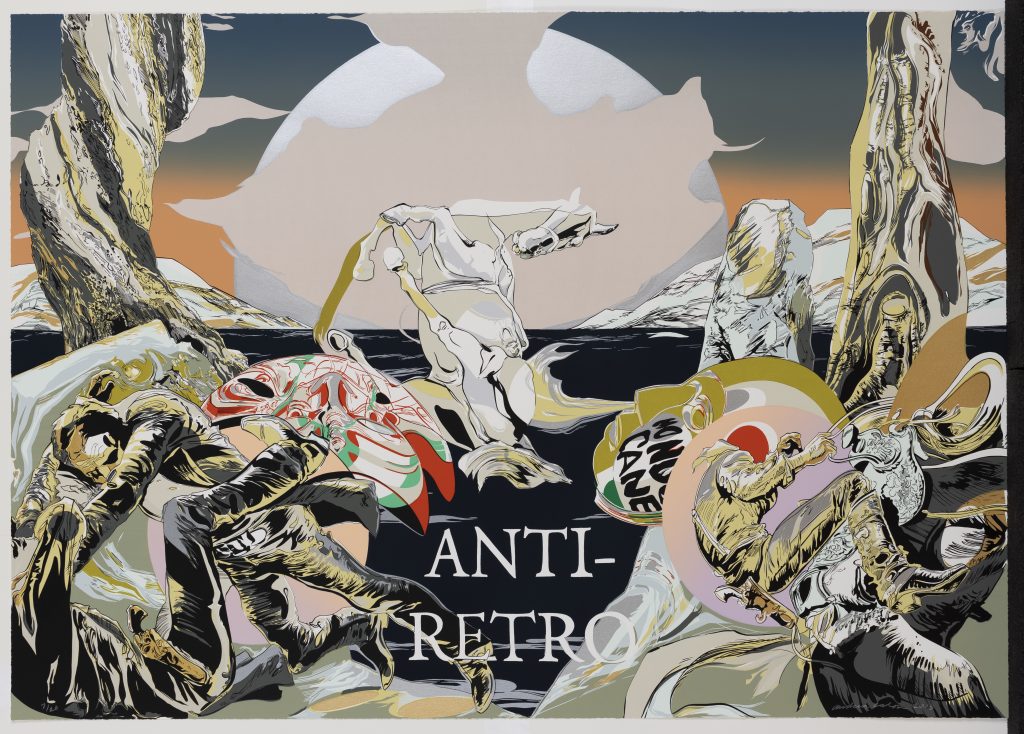 In the Critical Portraits section, the exhibition features an impressive array of portraits by artists such as Ming Smith and Cindy Sherman who challenge the male gaze in Western canon. Smith’s black-and-white self-portrait â€œUntitled (Self-Portrait with Camera)â€ depicts the artist looking directly at the viewer with her back turned against a floral background as she confidently holds her camera. His mouth opens slightly as if the image had been taken in motion. It is clear that Smith has full latitude in his pose and is not afraid to engage the viewer in visual dialogue.

In this same section, Kerry James Marshall’s “Brownie” lithograph uses several canonical techniques traditionally used in historical portraits of Renaissance art. His portrait depicts an African-American man with a three-quarter look away as an angelic halo surrounds his face. The figure shown, however, is contemporary in style, with a baseball cap inside out and a collared shirt inscribed “Brownie”. Through these compositional choices, Marshall questions depictions of subjects traditionally celebrated in Western canon by depicting everyday African-American subjects in regal poses that amplify their character, calling attention to the lack of black figures in historical and cultural narratives.

In the final section of the exhibit, themed Place and Memory, Chicago-based artist Tonika Johnson (known for her Folded Map Project), Dawoud Bey, LaToya Ruby Frasier, Leonard Suryajaya, and others take a closer look how the landscape, geography and environments – natural and built – contain rich narratives and stories that are intrinsically embedded in them.

The work on display here successfully exhibits artists who use visual tropes in a way that offsets the Western canon to instead highlight voices and perspectives that have historically been overlooked. It prompts the viewer to reflect on the role of the museum in contemporary culture and its functioning as a public institution that archives a narrative vision of our past and our present. He recognizes that as the world changes, the museums and art world around him inherently evolve with him. â€œWho Says, What Showsâ€ reminds us that museums can thus serve as laboratories for the next generation to rewrite history. (Sabrina Greig)

“Who Says, Who Shows, What Counts: Thinking about History with The Block’s Collection” is on view at the Block Museum, 40 Arts Circle Drive, Evanston, through December 5th.