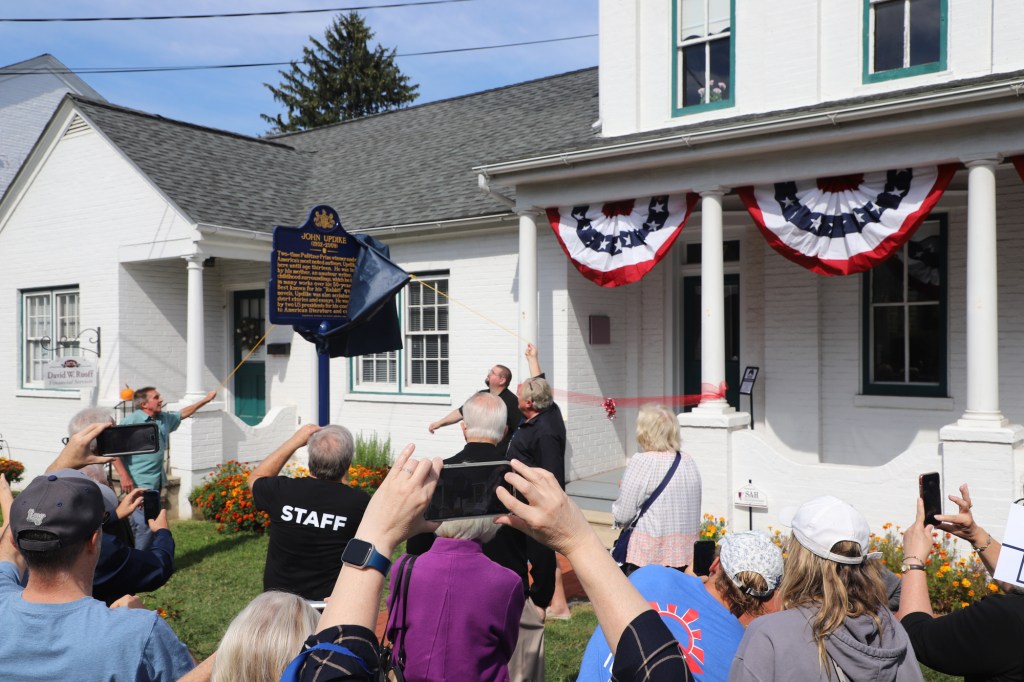 Berks County certainly has its share of famous names that have resided here, from Daniel Boone to Taylor Swift. It’s a long and impressive list.

This past Saturday, the people of our communities had two opportunities to celebrate two of the region’s most remarkable people: acclaimed author John Updike and WWII legend General Carl A. Spaatz.

The best news is that residents and visitors will now be able to learn more about the lives and times of men through local attractions created in their honor. Ceremonies were held on Saturday to mark the opening of a historic site at Updike’s childhood home in Shillington and a museum named after Spaatz in his hometown of Boyertown.

The modest White House where Updike once resided is now a museum. It is entirely appropriate and long overdue to have an official attraction here in honor of the writer. Although he left Berks County in his youth, his experiences here are reflected in some of his most famous works. Those who want to better understand his writing will benefit immensely from the atmosphere that has so deeply influenced him.

The opening of the museum was accompanied by the unveiling of a historical marker by the Pennsylvania Historical and Museum Commission, a huge honor in itself. And “Rabbit Run” signs have been placed along a nearby stream named after the novel that launched Updike’s career.

Those who don’t understand how important Updike is to the literary world should consider that the museum was founded by the John Updike Society, which has members in 35 states and 17 countries.

Updike, novelist, poet, short story writer, art critic and literary critic, was one of only four writers to win the Pulitzer Prize for fiction more than once. He died in 2009 at the age of 77, but his work continues to resonate with readers.
Dr James Schiff, vice president of the Updike Society, told the public at the museum’s opening that they expect it to become a place on the global literary tourism map, as the home of ‘Ernest Hemingway in Key West, Florida, or Charles Dickens’ home in London.

Boyertown’s new attraction is also expected to draw a crowd, given the continued interest in WWII and military history.

Spaatz, a key figure in WWII and the creation of the Air Force, certainly deserves a tribute in his hometown. It’s great to see an effort to preserve his life and his legacy and remind people of what a man from a small town can accomplish. But what makes the museum even more remarkable is that it emphasizes not only the general, but also the ordinary people who served in this terrible conflict. Those close to Spaatz say he would have liked it that way.

As Boyertown Mayor Marianne Deery said at the museum’s grand opening, a General’s story is certainly fascinating, but so are the experiences of people who have held other roles. during the war.

“Some have come home and some have not,” said the mayor. â€œThe men and women who served, and the men and women who serve today, solidify in my mind the bowels of the Boyertown area. I hope that young people will be inspired by what is in this museum, behind these doors, that they will carry on the legacy that has been laid right in front of them.

These two museums should become must-see attractions for visitors to our region and those who live there. Their arrival is a welcome development as our community strives to re-establish itself as a tourist destination in this less restrictive phase of the COVID-19 pandemic. With popular destinations all around us – greater Philadelphia, Hershey and Lancaster to name a few – these attractions should make it more appealing to people who take a short drive in that direction. Our community can draw inspiration from there.

We congratulate everyone who has worked so hard to bring this great news and urge readers to support their efforts.

Two new Bell Museum exhibits take a peek inside the fish, and some of the results are spooky - Twin Cities