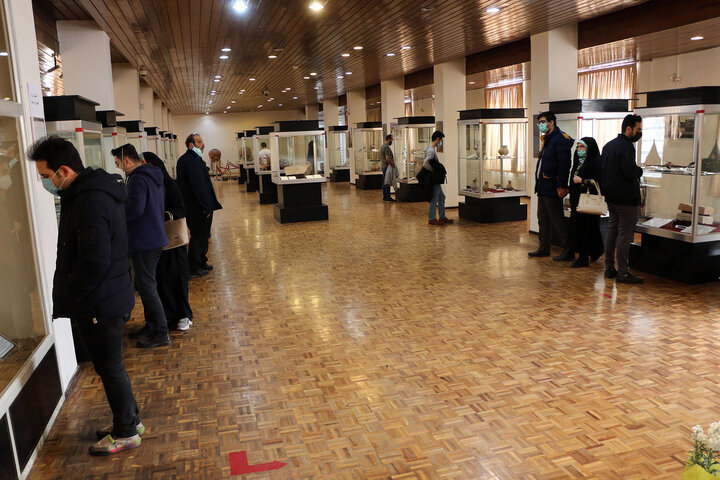 TEHRAN – All museums and historical sites, as well as cultural centers in the country, will be open during Noruz (Iranian New Year holiday, from March 21).

Special programs will be presented in museums across the country from March 16 to April 5 to mark the Persian New Year, Morteza Adibzadeh explained, the director of museums and historic properties said Monday.

Many museums are expected to display their rarely seen items as part of a temporary exhibition during Noruz or a year-long show, the official said, ILNA reported.

For example, rare copies of Ferdowsi’s epic masterpiece Shahnameh, which are usually kept in museum treasuries, will be on public display, the official added.

There are special programs for children this year, and we plan to offer exhibitions and cultural spaces in museums tailored to their needs, he explained.

Iran is home to one of the oldest continuous major civilizations in the world, comprising settlements dating back to 4000 BC. It is also home to some of the oldest cultural monuments in the world, including bazaars, museums, mosques, bridges, bathhouses, madrasas, gardens, rich natural and rural landscapes as well as 26 UNESCO World Heritage Sites. ‘UNESCO.

The name Iran, formerly known as Persia, refers primarily to the early Persian Empire, ruled by the Achaemenids (c. 550 – 330 BC) and sites such as Pasargadae and Persepolis. However, there are dozens of prehistoric sites like Burnt City in Sistan-Balochistan, Tepe Sialk in Kashan, Susa, and Chogha Zanbil in Khuzestan Province, and Ecbatana in Hamedan that predate the Achaemenid period.

From a broader perspective, Iranian history can be divided into pre-Islamic and Islamic eras. The Medes unified Iran as a nation and empire in 625 BC. The Islamic conquest of Persia (633-656) which ended the mighty Sasanian Empire (224-651) was a turning point in the nation’s history.

Iranians traditionally make hundreds of thousands of domestic trips during the Noruz holiday, when most businesses and workplaces are closed, as are schools.