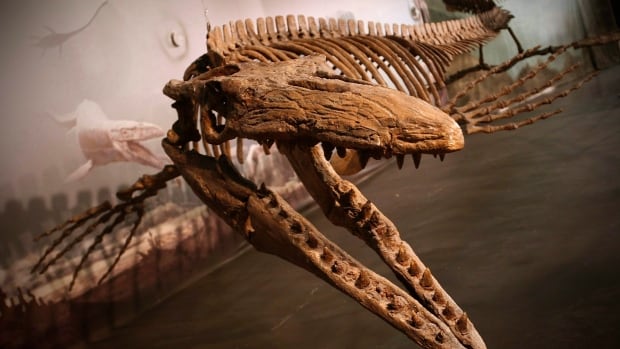 A new fund of $100 million over three years announced this week for arts, culture and sports is timely and welcome, says the executive director of the Association of Manitoba Museums, but it does not solve the problem that many museums have to find money to continue their operations.

Premier Heather Stefanson took to the soccer field at the Bourkevale Community Center on Monday afternoon to officially launch the new Community Fund, which will offer $34 million in the first of its three years to provide grants to organizations for major capital projects.

“We need to make sure that we increase funding and capital funding for these projects, so they can be there not just next year or the year after, but really for decades and generations to come,” she said.

In addition to major capital projects, the fund will provide money to arts, culture and sports organizations for community celebrations as well as smaller capital projects and other special initiatives, the province announced earlier this week. .

“This [provincial] government has done extremely well,” with some types of funding, McLeod said, pointing to endowment funds worth $1.4 million each for seven Manitoba museums announced in 2020.

But museums would like to see more programs focused on funding their operations, he said — something many are struggling with, especially after the challenges of the COVID-19 pandemic.

“Museums are so grateful to be open again and seeing the public,” after pandemic restrictions forced them to close, McLeod told CBC. Weekend morning show guest host Bryce Hoye on Saturday.

But “sustainable operational funds…in the heritage sector is really something that still needs to be addressed”.

Thomas McLeod, executive director of the Manitoba Museums Association, joined guest host Bryce Hoye on The Weekend Morning Show to discuss new funding announced this week by the provincial government to help museums, galleries and others Manitoba’s cultural centers as they continue to return to pre-pandemic levels of operation.

“In a way, a small museum is very grateful for any support they receive,” he said, and a grant of $2,000 or $3,000 can go a long way for a community-based, volunteer-run organization. .

But “when you look at the realities of what it costs to heat a place or run a place, $3,000 doesn’t necessarily go that far,” he said.

He has heard positive reports of an increase in visits to Manitoba museums recently, but attendance has yet to return to pre-pandemic levels.

“Like the tourism industry, I think it’s going to take a little longer.”

Last month, McLeod and Gordon Goldsborough, president of the Manitoba Historical Society, told CBC News that the government had not increased funding for the eight heritage agencies that serve the province – including their agencies – for nearly 20 years. year.

“We’re getting less than before, at the same time being asked to do as much or more than before,” Goldsborough said in the June interview.

Both have looked to Manitoba’s western neighbor to find ways to better help archives, museums and heritage organizations thrive.

These Saskatchewan organizations receive eight to 10 times more money than their Manitoba counterparts, McLeod said in June, and he hopes the province will revert to the idea of ​​creating endowment funds for local heritage organizations.

During Monday’s announcement of the new fund, Premier Stefanson and Minister for Sport, Culture and Heritage Andrew Smith stressed that all community groups are eligible to apply for grants through the fund. , with the first admission opening in August.

Stefanson said during his tours of the province that it’s clear many facilities are in dire need of repair.

“Rising costs affect all Manitobans,” she said at Monday’s news conference. “This fund will help organizations continue to provide affordable sport, culture and heritage opportunities across the province.”

The deadline to apply for the fund is August 16.