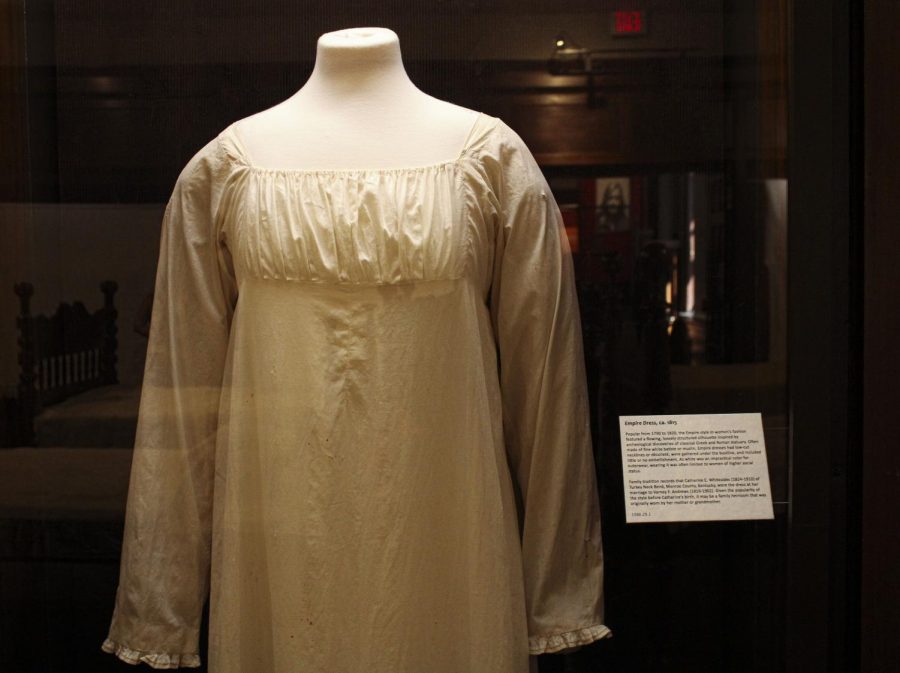 Whitework: Women Stitching Identity, on display at the Kentucky Museum, combines American history with quilts, an art that was generally overlooked during the late eighteenth to mid-nineteenth century. The exhibition will be open until November 20.

The most recent exhibit is one of the museum’s many exhibits dedicated to the direct involvement of women in politics.

The Kentucky Museum received grants in 2020 from the Quilters Guild of Dallas and the Kentucky Humanities Council for the production of Whitework: Women Stitching Identity. The grants allowed three experts to help with the exhibit: Laurel Horton, a folklorist who served as editor of Uncoverings; Margaret Ordonez, former professor and director of the Historical Textiles Collection at the University of Rhode Island; and Kate Brown, assistant professor of history at WKU.

Sandy Staebell, the registrar and curator of collections, said textiles were a primary means by which women silently supported the political and economic development of the United States after the American Revolution. They boycotted British goods, including the bedspreads decorated in white. White textiles are often an elaborate arrangement of intricately stitched patterns expressed on white linens.

â€œA lot of quilt racks are racks that can work wonderfully,â€ she said. â€œWe get a lot of feedback from people who see a lot of quilting shows. In fact, they like to see them displayed in a little different way.

Numerous examples of surviving white jobs were made between the American Revolution and the War of 1812, suggesting that women fabricated them as an act of patriotism.

One of the first quilts anyone sees upon entering the exhibit was hand-quilted by Rebecca Smith Washington, who was married to a nephew of George Washington. The quilt is a rare example of the influence of British quilts which were generally imported into the United States before the Revolution.

There are examples of newspaper advertisements for a school that taught sewing, as well as examples that young girls did to develop their sewing skills.

Most of the state’s sewing schools were in the Bluegrass area, where families were wealthier, Staebell said. Many of the samplers in the exhibit were from this region, although some were also made in western Kentucky.

While quilts are the main feature of the exhibit, two garments are also on display. The empire dress dates from the early 1800s, which Staebell called the Jane Austen period.

Men’s pants on display were generally worn by sailors and the working class, but the pants began to be worn by all social classes in the 19th century. These specific pants were worn by a French immigrant and resident of Kentucky when they married in 1800.

â€œWhite clothes weren’t very practical,â€ Staebell said. “The period of the empire was influenced by the 17th or mid 18th century finds of archaeological finds on Greece and Rome, and all of these statues with flowing clothing.”

While history has come a long way since the days when women made these quilts, only a few Kentucky women rose to political office during this time.

Women currently hold 32 of the 138 seats in the Kentucky State Legislature, representing 23.2 percent of the entire General Assembly, according to the Kentucky Commission on Women. In Kentucky history, no woman has been elected to represent Kentucky in the United States Senate. Kentucky has elected two women throughout history to Congress. In 1927, Katherine Gudger-Langley became Kentucky’s first female congressman. The second woman arrived 70 years later in 1997. So far, no woman of color has been elected to Congress in Kentucky.

Two exhibits at the museum focus on women involved in politics: A Seat at the Table and Kentucky Women Rising.

â€œWe opened two exhibitions in 2020 for the 100th anniversary of women’s suffrage here in America in the United States,â€ Staebell said. â€œUnfortunately with COVID, it really had an impact on our programming. “

Kentucky Women Rising focuses on waves of feminism, using campaign buttons, protest posters and pantsuits to show how women have become more active in politics. These two exhibitions will be open until May 2022.

â€œWe have some really big political memories that we share with special collections,â€ Staebell said. “We were able to pull a lot of things that show different women and their participation.” 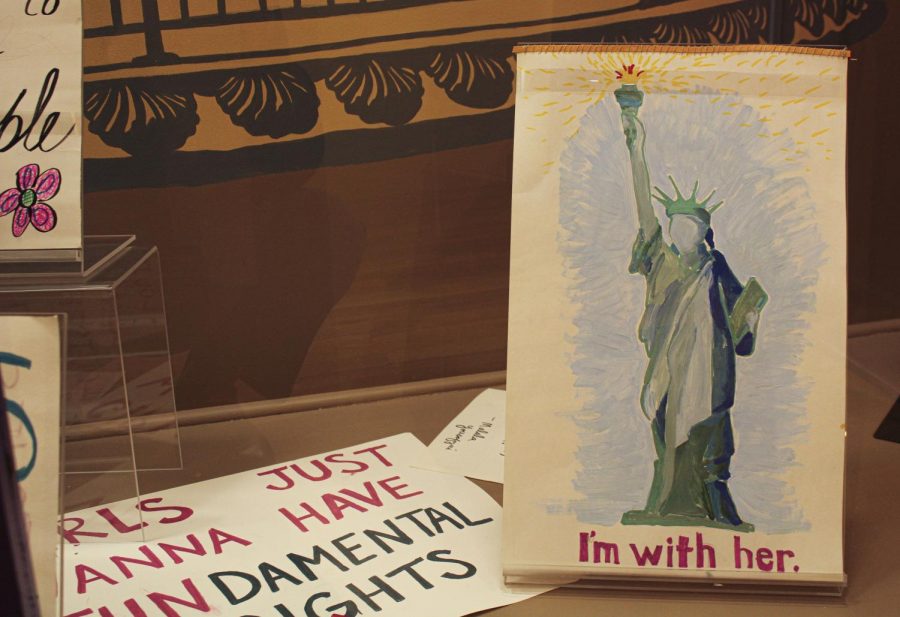 In Kentucky Women Rising there are posters of the local women’s march.