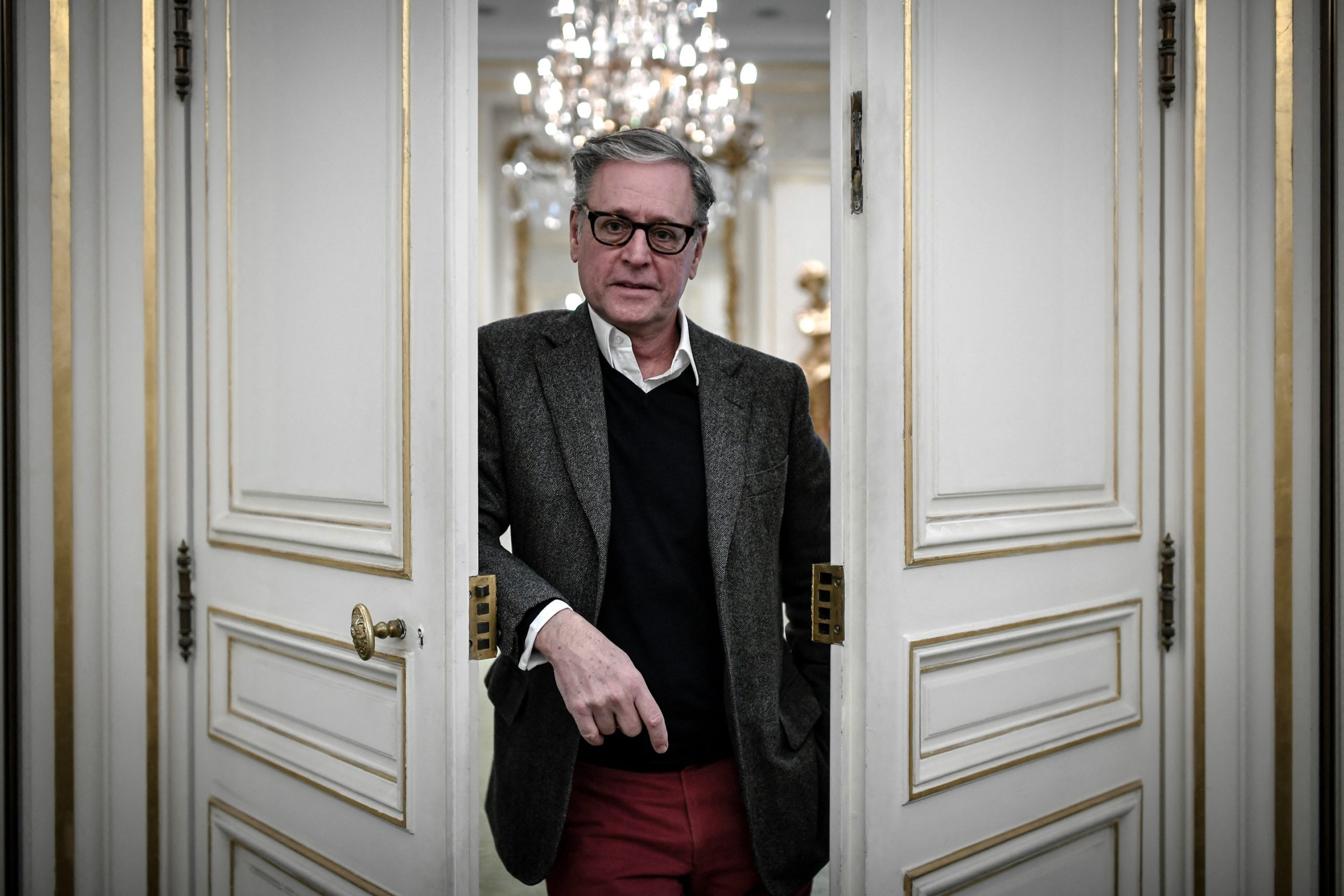 Nestled like Easter eggs in the most prestigious Parisian museums, a unique commemoration of designer Yves Saint Laurent cements his status among the greats of French cultural history.

“I’m totally eclectic,” the designer once said, and the fact is proven by how easily his clothes fit into museums spanning vastly different eras and artistic styles.

At home among the kings and queens of France

In the Louvre’s Galerie d’Apollon, alongside the crowns and jewels of France’s kings and queens, the almost absurdly ornate “Versailles vest” covered in gold leaf and rock crystals looks right at home. .

The Louvre is one of the six museums participating in this unique collaboration marking the 60th anniversary of the designer’s first fashion show, when he was 26 years old.

Cross the city to the Center Pompidou, France’s mecca for modern art, and you’ll discover a very different Saint Laurent.

Dresses in the abstract styles of Piet Mondrian, Sonia Delaunay and American pop artists rub shoulders with the portraits that inspired them.

Saint Laurent has often been ahead of the game: its Mondrian collection received rave reviews in 1965, four years before the Dutch artist, who died in 1944, had his first career retrospective at the Musée de l’Art. ‘Orangery.

“It was precisely then that fashion changed and began to become an art in its own right,” said Aurélie Samuel, from the Yves Saint Laurent museum, which is exhibiting some of her designs as part of the city-wide exhibition. until May.

His creations have also found their way into the museums of Orsay, Picasso and Contemporary Art.

This is not the first time that Saint Laurent, who died in 2008, has been granted the imprimatur of the artistic establishment.

In 1983, barely two decades after his first exhibition, he became the first living designer to see his work presented in a major artistic institution, the Metropolitan Museum in New York.

The Petit Palais in Paris organized a career retrospective in 2010.

“The house has already celebrated so many anniversaries. I wanted to do something different,” said Madison Cox, president of the Pierre Berge-Yves Saint Laurent Foundation.

Many influences were made explicit by Saint Laurent at the time – others were chosen for their effectiveness.

Among them are the dresses he made for the “Bal de Proust”, one of the most decadent social events in France of the last century, organized by the Rothschild family on the occasion of the author’s 100th birthday.

These dresses are now on display alongside Belle Epoque masterpieces by Monet, Degas and Renoir on the top floor of the Musée d’Orsay.

“It would have been boring to just find an empty space, create a setting, and fill it with her clothes,” Cox said. “It was important to integrate them into permanent collections.

This story is published via AFP Relaxnews.