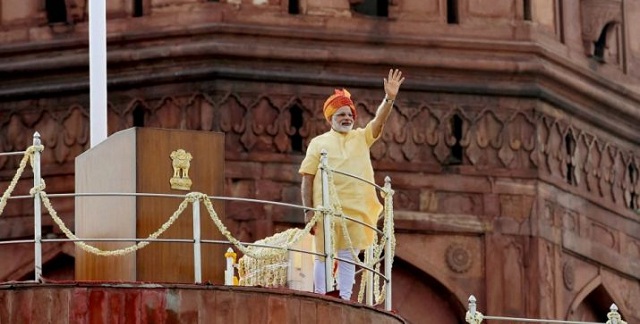 On January 23, 2019, Prime Minister Narendra Modi inaugurated the Netaji Subhash Chandra Bose Museum in the iconic Red Fort in Delhi to mark the 122nd anniversary of the leader’s birth.

â€¢ The Museum on Bose and the Indian National Army features various artifacts related to Subhash Chandra Bose and INA.

â€¢ Artifacts include a wooden chair and sword used by the chief, and medals, badges, uniforms, and other INA-related artifacts.

â€¢ Visitors can also watch a documentary on Netaji and INA to understand the vision of the freedom fighter. Bollywood actor Abhishek Bachchan lent his voice to this end.

â€¢ Modi laid the foundation stone for the museum during the Azad Hind government’s 75th anniversary celebrations in October 2018.

â€¢ The Prime Minister also unveiled two other new museums inside the grounds of the Red Fort – the Yaad-e-Jallian Museum (museum on the Jallianwala Bagh and the First World War) and the museum about 1857 – WWI independence of India.

â€¢ Together, the entire museum complex will be known as the Kranti Mandir as a tribute to the revolutionary zeal and courage of our great freedom fighters.

These islands were renamed during Prime Minister Modi’s visit to Port Blair to mark the 75th anniversary of the hoisting of the national flag in Port Blair by freedom fighter Subhash Chandra Bose.

Bose had hoisted the flag in Port Blair on December 30, 1943 because he believed Port Blair was the first territory to be liberated from British rule. This was done after the Japanese captured this area during WWII.