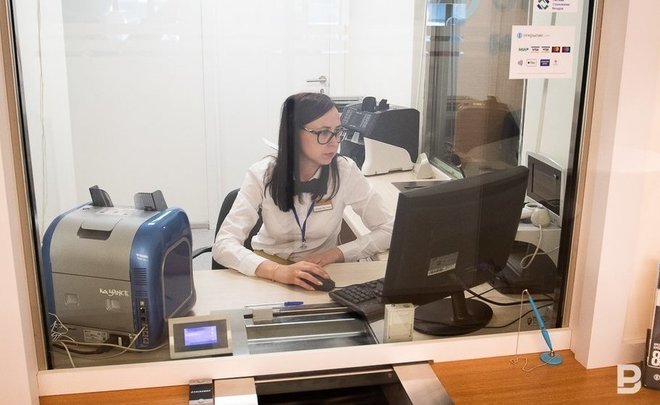 The number of online loan applications increased 2.5 times and Kazan residents were the most interested in mortgages in the country

About 3.86 trillion Russian rubles lent by banks last year, and this is only in the form of online applications, the number of which has increased dramatically â€” by 2.5 times. Additionally, Kazan residents have shown an unprecedented increase in demand for mortgages and microloans â€“ too many of them have become bogged down in lending. For what purposes the residents of the capital of Tatarstan and other cities most often asked for money, what housing they preferred to buy with borrowed funds and what insurance products they issued – read the details in the material from Realnoe Vremya.

Demand for mortgages has risen sharply among Kazan residents

In the conditions of the second year of the pandemic, high inflation and falling real incomes, Russians were 2.5 times more likely to apply online for credit assistance from banks. The total amount of money requested by the population was 3.86 trillion rubles. The average loan amount requested is 300,000 rubles. Most often, people borrowed money to make repairs, buy or change a car.

However, mortgages were also in high demand. The number of applications for the purchase of housing on credit increased by 23% over the year, and the residents of Kazan had no equal here. Residents of the capital of Tatarstan increased their interest in this service by up to 135%! The majority â€” 48% of users â€” preferred secondary housing, 22% â€” new constructions. Residents of Rostov-on-Don and Krasnodar were the least interested in the issue of housing in the country â€” here the number of those who wanted to take out a mortgage increased only by 27% and 20%, respectively. The average amount of a mortgage application in Russia averaged 2.8 million rubles.

In their preferences for buying non-standard apartments, the residents of Kazan did not differ much from the average indicators of the country. Secondary housing was chosen by more than 46% of Russians, new â€” more than 22%, suburban â€” about 14%. But in the latter real estate segment, the interest of Kazan residents in a country house also rose sharply – by 138%, and in Russia as a whole – by 59%.

Explosive growth in interest in microloans

Additionally, residents of Kazan were 3.5 times more likely than other Russians to apply for microloans. The capital of Tatarstan is among the top 5 cities where in 2021 there was an increase in applications for micro loans. Thus, the number of residents of Kazan who applied to the bank for this service soared by 361%. But Novosibirsk is the leader in this rating – 395%, and Samara completes the top five – 330%.

Across the country, the number of people willing to take out fast credit increased by 170%. The amounts of microloans most frequently requested from Russians are 5,000 and 10,000 rubles, the so-called payday loans. In Kazan, these indicators are again several times higher than in the country. On average, residents of Kazan borrow from 25,000 to 31,000 rubles.

Cars of the VAZ, Toyota and Hyundai brands were most often insured in Russia

According to analysts, the pandemic has changed the financial habits of Russians â€” they have switched to an online format. â€œIf a person lives in a small town, there are often few banks there. But he can apply for a loan or a deposit in a bank that is not even in his city – via the Internet, â€said Sergei Leonidov.

The experts also shared data on what has changed in the insurance market. The number of Kazan customers who have taken out mandatory liability insurance for vehicle owners increased by 173.3%. The number of comprehensive insurance policies purchased in the republic increased by 15.02%. The average age of an insured car in Russia is 10 years. VAZ, Toyota and Hyundai cars were most often insured. The average policy buyer age is 41.

Travel insurance was also requested. The number of travel insurances sold in Kazan increased by 135%. Most often, residents of Kazan bought policies for trips to Turkey, the United Arab Emirates and countries of the Schengen zone.