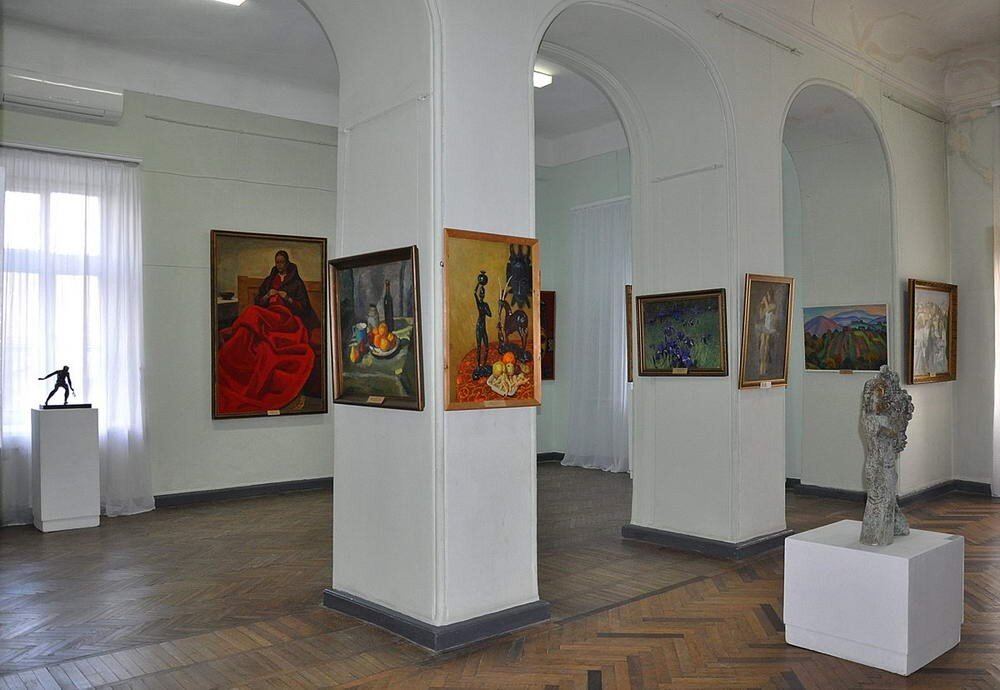 Accompanied by 4 people (representatives of the FSS in civilian clothes and Russian policemen in masks), “On July 19, at 11:00 a.m., Nataliya Leonidovna, falsely calling herself the “new director”, entered the building of the Shоvkunenko regional art museum Kherson,” said Alina Dotsenko.

The so-called new management of the museum began work by unpacking the exhibits. A little later, the new fake manager replaced the security of the museum with “her own”.

“The Kherson Art Museum was occupied during repair and restoration works. For five months, the museum’s management team has feared for the future of the museum and hoped that being under repair and having no exhibits in the halls, it would not attract the attention of the enemy and collaborators. premises,” reported the official director of the museum.

“Although the invaders expressed interest earlier, they did not attempt to seize Ukrainian state property. However, now the works of art captured by the Russian invaders as well as the museum building are under threat,” said Alina Dotsenko.

In the Kharkiv region, on May 7, Russian invaders severely damaged the Hryhoriy Skovoroda National Literary Memorial Museum. Fortunately, the most valuable pieces of this museum had been moved before the attack.

The museum was in the village of Skovorodynivka, in the 18th century estate where Hryhoriy Skovoroda worked in the last years of his life and near which he was buried. Skovoroda was an 18th century Ukrainian poet and philosopher and this year marks the 300th anniversary of his birth.

“Now Skovoroda is well known not only in Ukraine but all over the world. More people are interested in the philosophy of the thinker and will visit the museum after its renovation. You can destroy boards and bricks, but not the idea .

No one has done more for the popularization of Ukrainian culture than the Russian invaders,” wrote Mykhailo Podolyak, adviser to the head of the office of the Ukrainian president, on Twitter.

Chihuly at the Tacoma Art Museum - The Suburban Times

10 special museums, art galleries to visit around the world