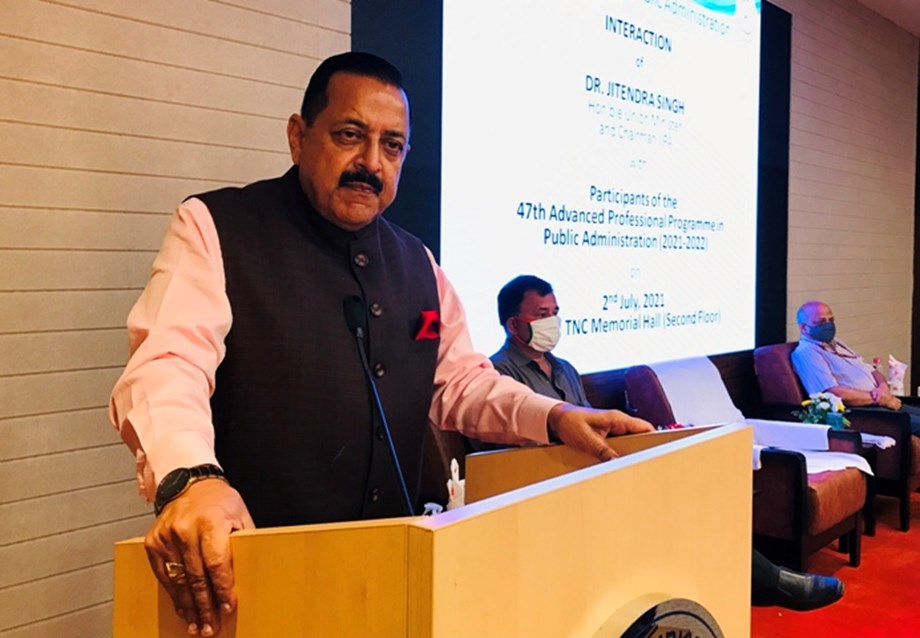 Science and Technology Minister Jitendra Singh said on Wednesday that the government would establish science museums across the country to promote the scientific temperament, especially among children and the younger generation.

A Memorandum of Understanding (MoU) between the Council for Scientific and Industrial Research (CSIR) and the National Council of Science Museums (HMCS) was signed in the presence of G Kishan Reddy, Union Minister of Culture, of Tourism and Development of the Northeast Region (DoNER), according to a statement.

The MoU aims to establish science museums in selected CSIR labs to promote scientific curiosity and awareness among ordinary people in all sections of society, the statement said.

Singh called for imbibing scientific thought to face the challenges of the 21st century. He said the COVID-19 pandemic has highlighted the importance of increasing society’s awareness of science and scientific thinking.

He said the MoU is a step in that direction and will open a new chapter in the history of communication and dissemination of science.

Singh said that a new CSIR initiative in setting up virtual labs in partnership with IIT-Bombay for school students, as desired by Prime Minister Narendra Modi at a meeting of the CSIR Society in 2020, is very commendable.

He also welcomed the decision of the CSIR and HMCS to create a museum within the NPL to showcase the technologies and interventions developed by the CSIR over the past eight decades.

The minister said this initiative was also in line with Modi’s vision, who wanted science and technology to reach every nook and cranny of the country and said there was a need for awareness.

He said museums should not be static but should be dynamic and engaging and should emerge as crucibles of innovation, and the country should tap into the curiosity and enthusiasm of students and young people.

Singh said that although CSIR has linked up with Niti Aayog’s Kendriya Vidyalayas, Navodaya Vidyalayas and Atal Tinkering Labs schools, it needs to reach out to remote areas.

In his speech, Reddy said globally, it is recognized that science centers play an important role in complementing science education in a country, creating a culture of science and technology, and developing the scientific temperament among the masses and the young in particular.

He said signing the MoU will connect HMCS and CSIR and its laboratories in a meaningful way in achieving their goals and the Prime Minister’s vision in a more fruitful way. He also assured all the help and assistance of his ministry in the successful implementation of the initiative.

Reddy suggested that there is a need for synergy and collaboration among other Indian government departments, whose aim is to promote a culture of science, technology and innovation in the country.

(This story was not edited by Devdiscourse staff and is auto-generated from a syndicated feed.)