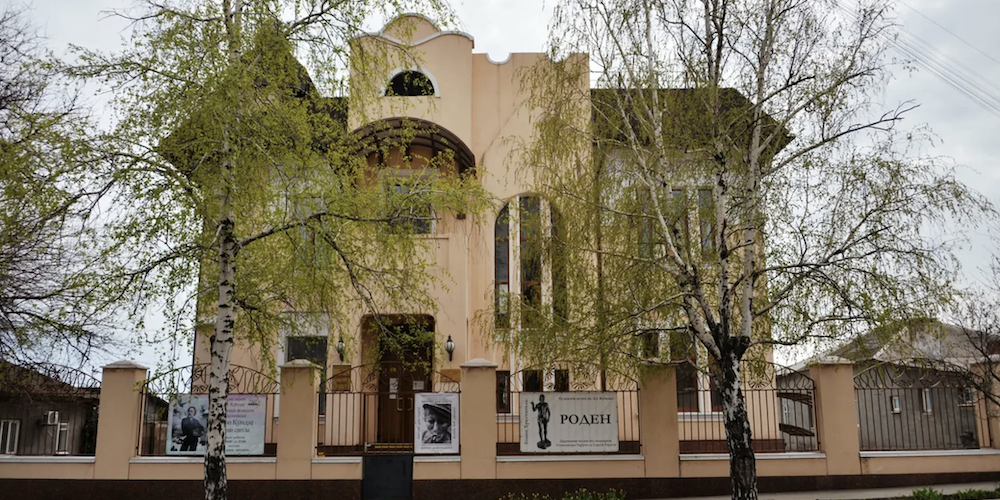 The Kuindzhi Art Museum, dedicated to the work of influential Ukrainian realist painter Arkhip Kuindzhi (1842-1910), was destroyed on March 21 in a Russian airstrike on the Ukrainian port city of Mariupol, according to Lviv, website culture based in Ukraine local history. Kuindzhi, who was of Greek descent, is considered important by Ukrainians and Russians. Known for his extraordinary ability to depict light and for his brilliant use of color, he was originally a member of the Wanderers, a group of 19th century Russian realists, before breaking with them and establishing his own style, vividly embodied in the years 1905-1905. 08 Red sunset over the Dniepercurrently held in the collection of the Metropolitan Museum of Art in New York.

Konstantin Chernyavsky, chairman of the National Union of Artists of Ukraine, said local history that the museum, housed in an early 20th-century Art Nouveau mansion, has three works by Kuindzhi, as well as ephemera including letters, photos, documents, and the bicentennial baptismal font in which the artist was baptized. The museum’s collection also includes hundreds of works by Ukrainian artists, including those by a number of Kuindzhi’s contemporaries, including the famous seascape painter Ivan Aivazovsky, the post-Impressionist Mykola Hlushchenko and Tatiana Yabolonskaya, including 1949 Bread honored a Russian postage stamp in 1967. According to Chernyavsky, none of Kuindzhi’s three original works were present in the building at the time of the bombing; a number of life-size copies of his paintings remained and were presumably destroyed, alongside works by the aforementioned artists and those by many contemporary Ukrainian artists, including Oleksandr Bondarenko, Vasyl Korenchuk and Lyudmyla Masalska.

Mariupol has suffered unfathomable damage and a high number of civilian casualties since the launch of the Russian invasion on February 24; A few days before the airstrike destroyed the museum, a Russian bombardment decimated the city’s G12 art school, inside which hundreds of citizens had taken refuge.

Explore These 10 Shows at Oregon Museums and Galleries This Spring