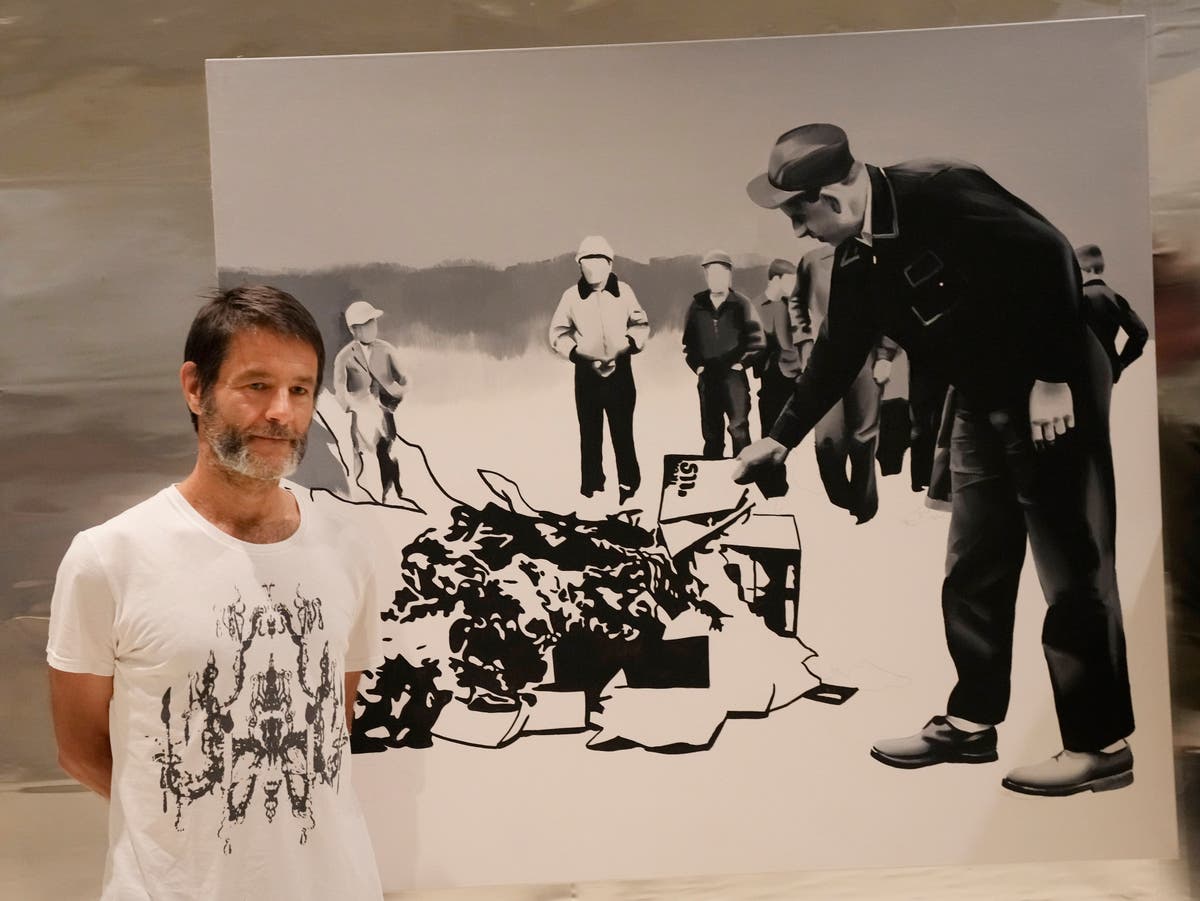 The Warsaw Jewish History Museum on Thursday opened an exhibition featuring works by a renowned Polish artist that confront the lingering and melancholy presence of the Holocaust in Poland, where Nazi German forces destroyed the Jews of Europe and other atrocities.

â€œWilhem Sasnal: such a landscapeâ€ opened its doors Thursday at the POLIN Museum of the History of Polish Jews. The dozens of paintings and drawings on display confront the Holocaust in the physical and mental landscape of the nation and the difficulty of addressing an unstable past.

For decades after World War II, such discussions were taboo, with themes of Polish sacrifice and honor dominating historical memory. But with the new openness that came with the fall of communism in 1989, academics and artists began to study and speak openly about anti-Semitism and the involvement of some Poles in German crimes. Each new book or movie has struck a chord.

It was then “extremely shocking”, he said, when researchers began to reveal the wartime misdeeds of the Poles, including the 1941 murder of hundreds of Jews by the Poles in the town of Jedwabne. .

“At first I felt anger and shame,” he told The Associated Press.

â€œAnd it’s always so hard to see that people don’t want to recognize it. People totally refuse, and this is the dominant attitude of the Polish government. “

“If we do not accept such a complex past, we will be judged and we will be badly judged,” he said.

The older ones were inspired by cartoonist Art Spiegelman s Holocaust stories from his books “Maus”. The most recent were created this year especially for the exhibition.

The Auschwitz paintings were produced after he and his wife drove past the memorial site on their way home from a New Years Eve party on January 1. Millions of people visit the site from all over the world. But for many Poles – including Sasnal, who lives in the nearby city of Krakow – the presence of genocide memorials is part of the landscape of everyday life.

Paintings of Gypsies or stereotypical images of Africans in the popular imagination, how other groups, along with Jews, have long been considered “the other” in society.

â€œI think it’s our way of saying sorry on behalf of others,â€ he said. “Other people don’t say ‘I’m sorry’ so we have to. It’s a duty.”