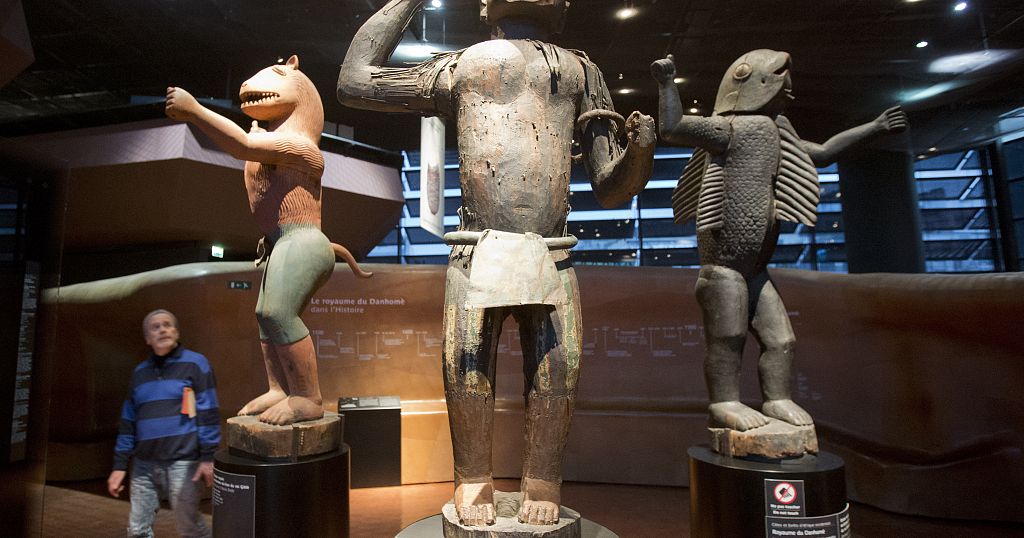 In an approach with potential ramifications for other European museums, France is exhibiting 26 objects from the colonial period looted for the last time before returning them to Benin.

The works are exhibited for the last time at the musÃ©e du quai Branly-Jacques Chirac in Paris after nearly 130 years abroad.

The coins were taken in Benin during the wars of colonization over a century ago.

“These pieces of art are of essential importance for Benin. It has been more than a century since these pieces were taken out of their historical context. (â€¦) These artefacts are coming back to the country today, that’s right. historic for the people of Benin, “says Calixte Biah, curator of the Ouidah history museum.

“These are quite exceptional works already in the history of African art and even more in the history of world art, so they are quite singular and unique in this regard” according to GaÃ«lle Beaujean, responsible for the Africa collections at Quai Branly Museum .

Two Beninese curators have been in France for more than a week to organize the return of the treasures.

The collection also includes pieces that have never been exhibited before.

Abdoulaye Imorou, director of the Benin museum where the objects will be exhibited, is delighted to welcome the collection to his home.

â€œIf I take the statue of GlÃ¨lÃ¨ and GhÃ©zo, they were not in our collections. It will be a plus. I am happy to welcome them. . This will add a plus to our collection, â€says Imorou.

Since 2019, apart from Benin, six other countries have filed requests for the return of works of art in their respective countries of origin.