More than 100 mummies are on display at the Mummies Museum in Mexico. (PHOTO: Russ Bowling)

Mummies Museum in Guanajuato, Mexico
This macabre museum exhibits more than 100 mummified corpses, from infants to adults. In the 19th century, hundreds of people were buried in the Santa Paula cemetery in the small mining town of Guanajuato, but because their families could not pay the town’s funeral tax, the bodies were exhumed – and there was was discovered that the corpses had become mummified. by natural processes linked to the unique climate of the region. Word of the mummies spread like wildfire and it was then decided to exhibit the corpses in the museum, which opened in 1969. Today the museum remains one of the most popular tourist attractions. most popular in the country. 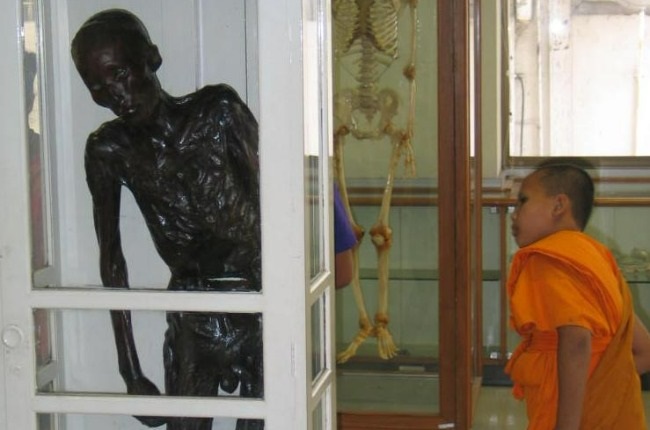 The mummified corpse of the cannibal of Si Ouey can be seen at the Siriraj Medical Museum in Thailand. (PHOTO: Bobby CC)

the American National Museum of Funeral History in Texas, documents the history of funeral directors’ work as well as various funeral rituals and techniques from around the world.

the Siriraj Medical Museum in Bangkok, Thailand is definitely not a destination for sensitive tourists. Its rooms resemble scenes from a bloody horror movie, with displays of severed and mutilated limbs, lungs lacerated deeply by stab wounds, and skulls penetrated by bullets. The main attraction is the mummified corpse of gardener Si Ouey, a notorious cannibal who killed several children.

Hair Museum of Avanos, Turkey
In 1979, when Turkish potter Chez Galip had to say goodbye to a dear friend who was moving, the woman cut a strand of her hair so that her sad boyfriend would remember her. Later, several other women who heard the sad story also sent locks of hair to Chez, which are now on display in the underground cave he uses as a studio. Today, locks of hair from about 16,000 women, who have sent their hair to him over the past 40 years, hang from the studio ceiling – each with a tag bearing the name and address of its owner. 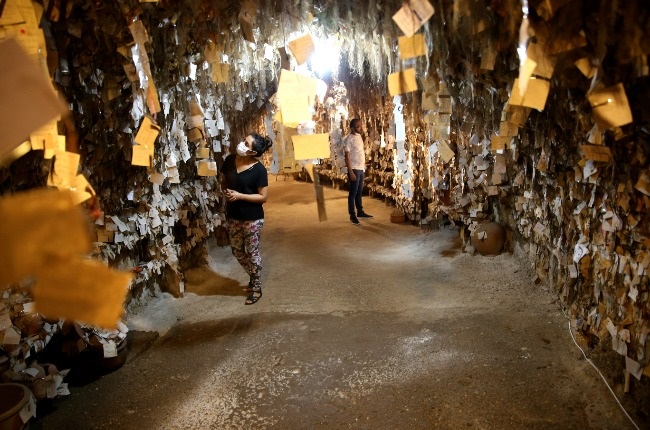 The hair museum of Avanos in Turkey exhibits the locks of 16,000 women. (PHOTO: Getty Images) Many people who collect salt and pepper cabinets and in 2002, Andrea Ludden’s obsession with containers culminated in the The salt and pepper shaker museum in Tennessee, United States. Andrea’s Museum has over 22,000 salt and pepper sets in every shape and size imaginable, from chickens and cats to feet and a Mona Lisa inspired pair. Visitors can buy duplicates in the museum shop. the European Bread Museum in Germany brings together more than 18,000 objects, including old objects from bakeries dating from the Stone Age.

Avery Island in Louisiana, United States, is home to the Visit and museum of the Tabasco brand factory. This is where the beloved hot sauce was created and has been produced for 153 years. Visitors are entitled to a tour of the factory before being invited to taste the sauce.

READ MORE | Discover the incredible collection of 1,500 Barbie dolls of this man from Cape Town worth 1.5 million rand

THEY WILL MAKE YOU WASTE

Museum of Torture, Netherlands
This museum documents the history of torture and execution. An interrogation chair encrusted with nails and executioner’s swords is among more than 40 devices used to interrogate crime suspects, witches and political prisoners. The museum supports the United Nations Convention Against Torture and visitors are educated on modern torture practices in more than 100 countries.

Museum of Broken Relationships, Croatia
Singer Whitney Houston wondered, â€œWhere do broken hearts go? and although they may not be found here, the items related to their dismal condition are housed here. The museum, which opened in 2006, features artifacts from failed romantic relationships, including shoes, wedding dresses, and even a prosthetic leg, along with a note from the abandoned lover on the significance of this object. In 2002, the Sex museum opened in New York, documenting the evolution of human sexuality. With its collection of historical sextoys, a â€œbreast jumping castleâ€ and vintage nude photographs, the museum has definitely raised eyebrows.

NOT FOR POLITICAL SOCIETY

Sulabh International Toilet Museum, India
This museum may look like the workshop of a plumbing warehouse, but it also includes gilded toilets coveted by Roman emperors and thrones from bygone eras. It tells the story of hygiene and sanitation from 2500 BC to the present day. And what would a public toilet be without graffiti on the walls? This museum also has a collection of rare toilet poems. Bindeshwar Pathak, founder of the Sulabh Toilet Museum, with a replica of the throne of King Louis XIV of France. (PHOTO: Getty Images)

the National poo museum on the Isle of Wright, England was opened in 2016 to break the taboo around stool, sharing all the fascinating facts on the subject. The exhibits cover human, animal and even fossil feces that are millions of years old. The museum hopes to receive donations from well-known personalities for future exhibitions.