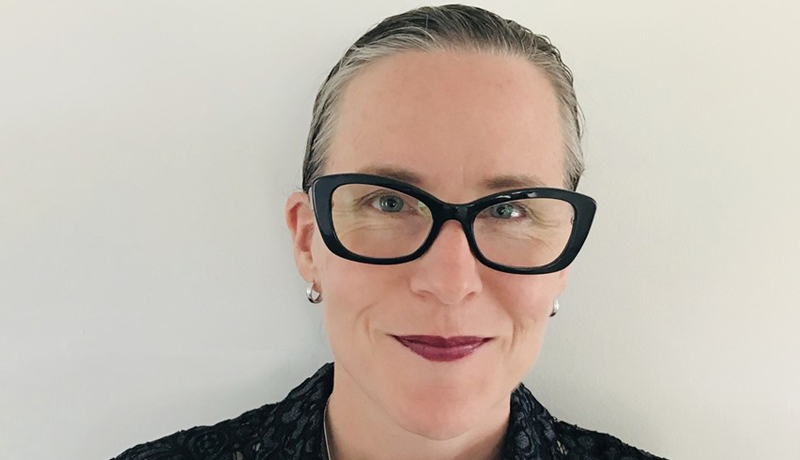 Maura Reilly, a curator, writer, art consultant and non-profit leader who has curated dozens of exhibitions internationally focused on marginalized artists, has been named the new director of the Zimmerli Art Museum at Rutgers Universityâ€“New Brunswick.

Reilly is the founding curator of the Elizabeth A. Sackler Center for Feminist Art at the Brooklyn Museum, where she developed and launched the first public exhibition and programming space in the United States devoted entirely to feminist art. While there, she curated several landmark exhibitions, including the permanent installation of Judy Chicago’s dinner and the blockbuster Global feminisms (co-curated with Linda Nochlin), among others.

She has also served as Executive Director and Chief Curator of the National Academy of Design and Senior Curator at the American Federation of Arts. She will take up her new duties on February 15.

Reilly succeeds Donna Gustafson, who served as interim director of Zimmerli and continues as Curator of American and Modern Art/Mellon’s Director for University Programs. Gustafson assumed the role of temporary director of the museum in 2020 following the death of Thomas Sokolowski, a renowned HIV/AIDS activist who had led the museum since 2017.

“Maura Reilly’s leadership roles at the Brooklyn Museum and with international exhibitions, along with her expertise in global contemporary art and curatorial practice, will make her an excellent leader for the Zimmerli, one of the world’s premier university museums. greatest and most distinguished in the country. We are proud to welcome him to Rutgersâ€“New Brunswick,â€ said Rutgers Universityâ€“Chancellor-Provost of New Brunswick Francine Conway.

Reilly said she was honored and thrilled to be named the new head of the Zimmerli Art Museum. In her new role, she wants to grow and strengthen the museum’s reputation as one of the top 10 university art museums in the country.

“I am passionately committed to the museum’s core missions of research, teaching and community engagement,” she said. “I look forward to working with the museum’s talented staff and board leadership to develop a new vision for the museum, one defined by the principles of empathy, compassion, mutual respect and diversity, Equity, Access and Inclusion (DEAI). It’s an exciting time for 21st century art museums and the Zimmerli is set to lead the way among its university museum peers in the effort to create more equitable museum and campus experiences where everything the world not only feels welcome, but also recognized.

Some of Reilly’s most notable exhibitions focusing on marginalized artists include Miriam Schapiro: an American visionary, Richard Bell: Uz vs Them, Nayland Blake: Behavior, Carolee Schneemann: Painting, what he became, La Mirada Iracunda (The Furious Look), neo-queer, among others. His most recent exhibitions include Wandamba yalungka…/The winds change direction for PERFORMA in New York (summer 2021) and the next transfeminisms (co-curated with an international team of curators) to open in 2023 at Mimosa House in London, followed by the Scottsdale Museum of Contemporary Art in 2024.

Reilly has published widely on global contemporary art and curatorial practice, including more recently Curatorial activism: towards an ethics of curatingwhich has received numerous accolades, including as one of “Top 10 Best Art Books” of 2018 from The New York Times. His other recent publications include Female Artists: La Linda Nochlin Readerwhich was listed by The New York Times as a “Best of 2020” art book. His next book, Museums and social justiceis to be published in 2024.

She has received several prestigious awards, including the President’s Award from the Women’s Caucus of Art, and Art and auction The magazine named her one of the “Top 100” most influential people in the international art world in 2015 in recognition of her advocacy for women artists.

Reilly earned her master’s and doctorate. in Art History from the Institute of Fine Arts at New York University. She has taught art history and museum studies at institutions in the United States and Australia, including Arizona State University, Bard College at Simon’s Rock, Queensland College of the Arts, and Tufts University.