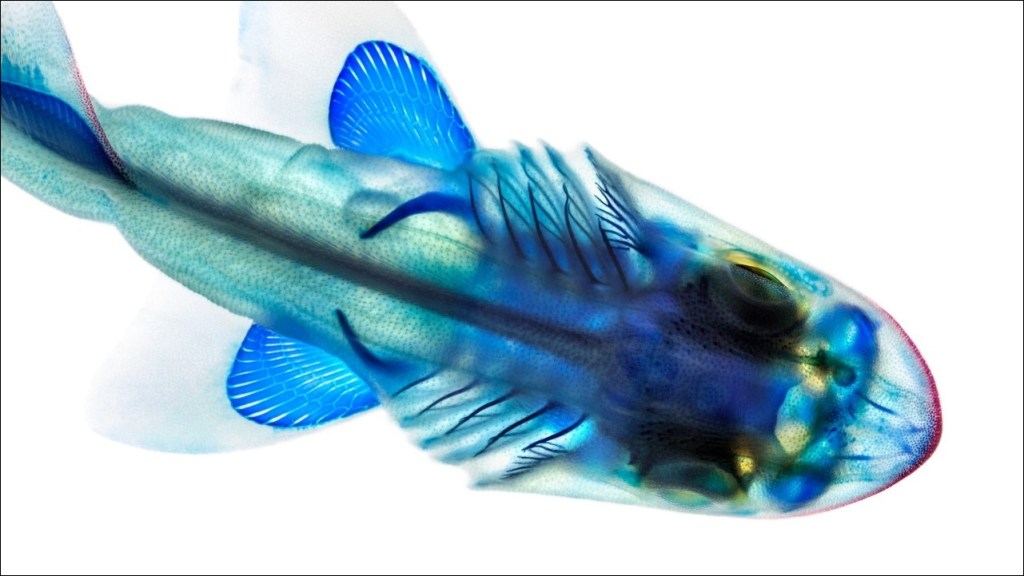 Most people don’t think much about fish bones beyond avoiding accidentally ingesting them while eating a fillet.

Two new exhibits from the Bell Museum – â€œX-Ray Vision: Fish Inside Outâ€ and â€œClearedâ€ – elevate fishbones into stunning works of art. They debut on October 15 and run through January 2 inside the museum’s Nova galleries.

â€œX-Ray Vision: Fish Inside Outâ€ is the first fruit of the St. Paul Museum’s new partnership with the Smithsonian Institution. It features x-ray prints that expose the inner structures of fish with a level of detail reminiscent of fine engraving.

“Cleared” focuses on dazzling photographs of fish specimens that have been stained in vivid colors to illuminate their skeletal structure. They are by biologist Adam Summers, professor of biology and school of aquatic and fisheries sciences at the University of Washington.

â€œThe exhibits really demonstrate the interplay between science and art,â€ said Andrew Simons, professor and curator of fish at the Bell Museum. “People can see how doing scientific research can lead to great things.”

The Smithsonian’s National Fish Collection is the largest and most diverse collection of its kind, with approximately four million fish specimens representing over 70 percent of the world’s fish species of all sizes and ages and even eggs. The bell is only the second institution in Minnesota, after the Bakken Museum in Minneapolis, to be designated an affiliate of the Smithsonian.

â€œI consider the Smithsonian to be the premier natural history museum in the country, if not the world,â€ Simons said. â€œIt’s an exceptional research institute and for small museums like ours, this connection puts the bell on the map nationwide.â€

The Bell also maintains its own collection of fish, with an emphasis on Minnesota. They serve as a historical record of fish biodiversity and distribution and are working reference libraries for scientists around the world. Simons said the physical documentation of fish diversity in Minnesota began in the late 1800s and the museum now has nearly 50,000 jars of fish, with each jar containing one or several hundred specimens.

â€œWe have maintained these research tools for over 100 years,â€ said Simons. â€œIt is an honor to take care of them during my career as a scientist. I suspect that in the future, say 100 years from now, they will still be using the collection in ways that I have no idea. “

Plus, they look really cool.

â€œThey are so striking,â€ Menninger said. â€œAt first glance, it’s like ‘Wait, what? Are they fish? They are beautiful as works of art in themselves, but also incredibly useful for scientists. “

Some of the “X-Ray Vision” fish look like monsters taken from a dark nightmare. The bell takes this notion fully, opening it just a few weeks before Halloween.

Children are encouraged to dress in their best costume, take a photo on the spooky photo wall, and have a chance to win a prize. From October 20 to 31, visitors can also take part in the Bell Museum’s Spooky Quest which features a series of observation-based tasks with, yes, another chance to win a prize.

â€œThe Halloween connection has not been lost on us, with all of these awesome images of skeletons,â€ Menninger said. “We’re running with this.”