Clara Lovett, former president of Northern Arizona University, smiles at the crowd at the grand opening of the new NAU Art Museum in the Old Main building on Wednesday night. The museum was named after the former president in honor of her support for the arts. For more photos from the event, see Page A6 and visit azdailysun.com. 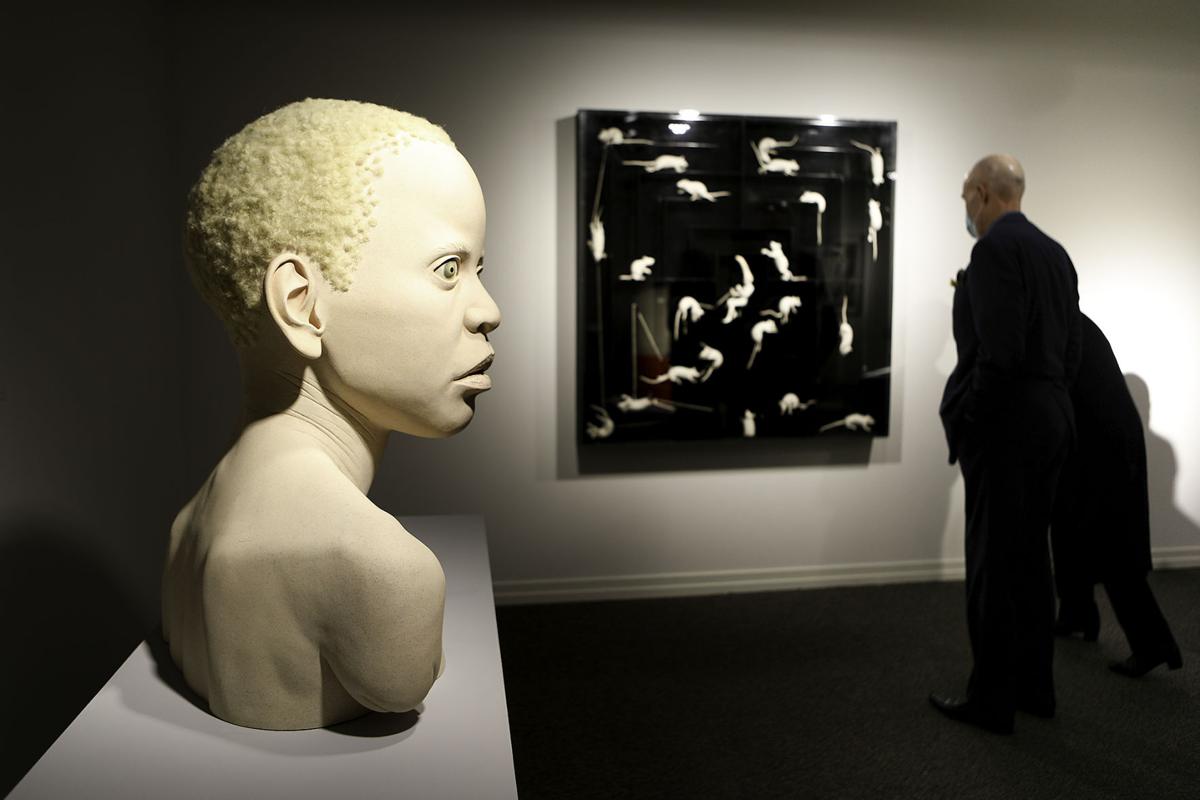 On Wednesday evening, two fascinating pieces titled “African Child With Albinism 2” and “A Harsh Mistress” are on display in Northern Arizona University’s newest art museum in the Old Main building. The museum is named after Clara Lovett, a former president of the NAU known for her support of the arts. 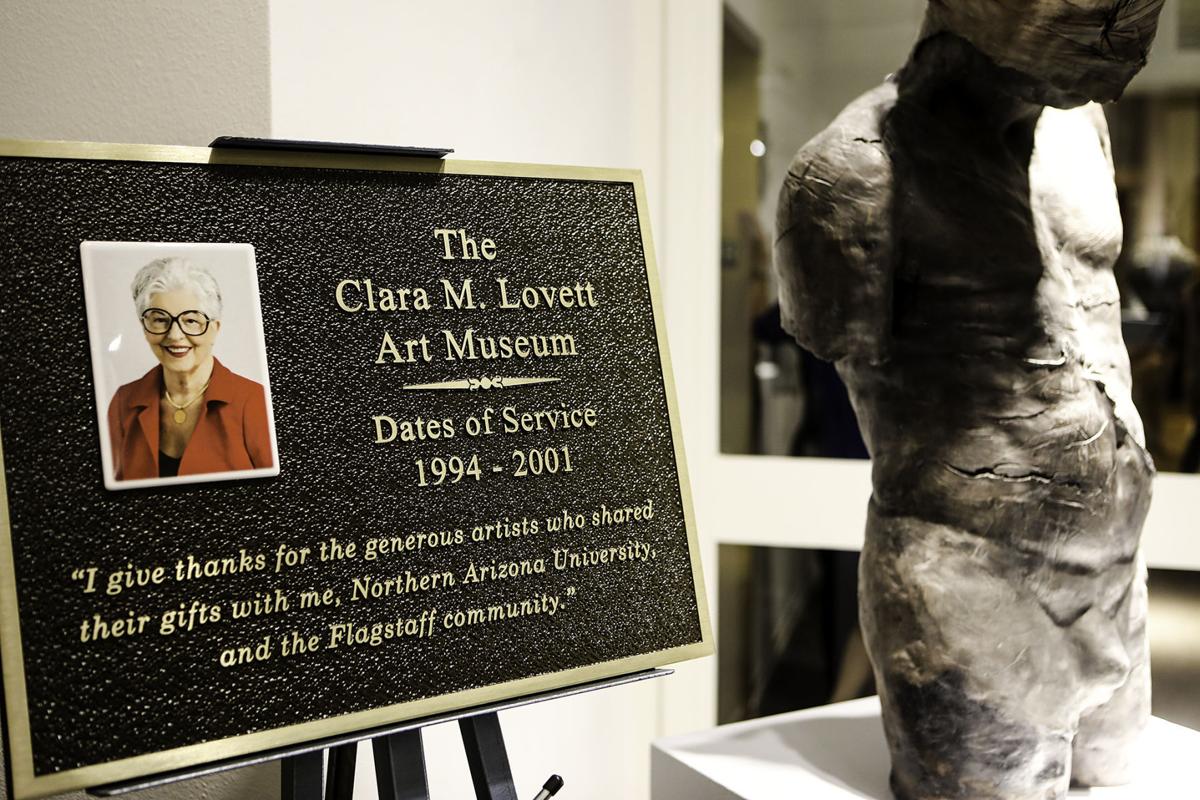 A plaque stands in the new NAU art museum in the old main building on Wednesday. The museum is named after Clara Lovett, a former president of the NAU known for her support of the arts. 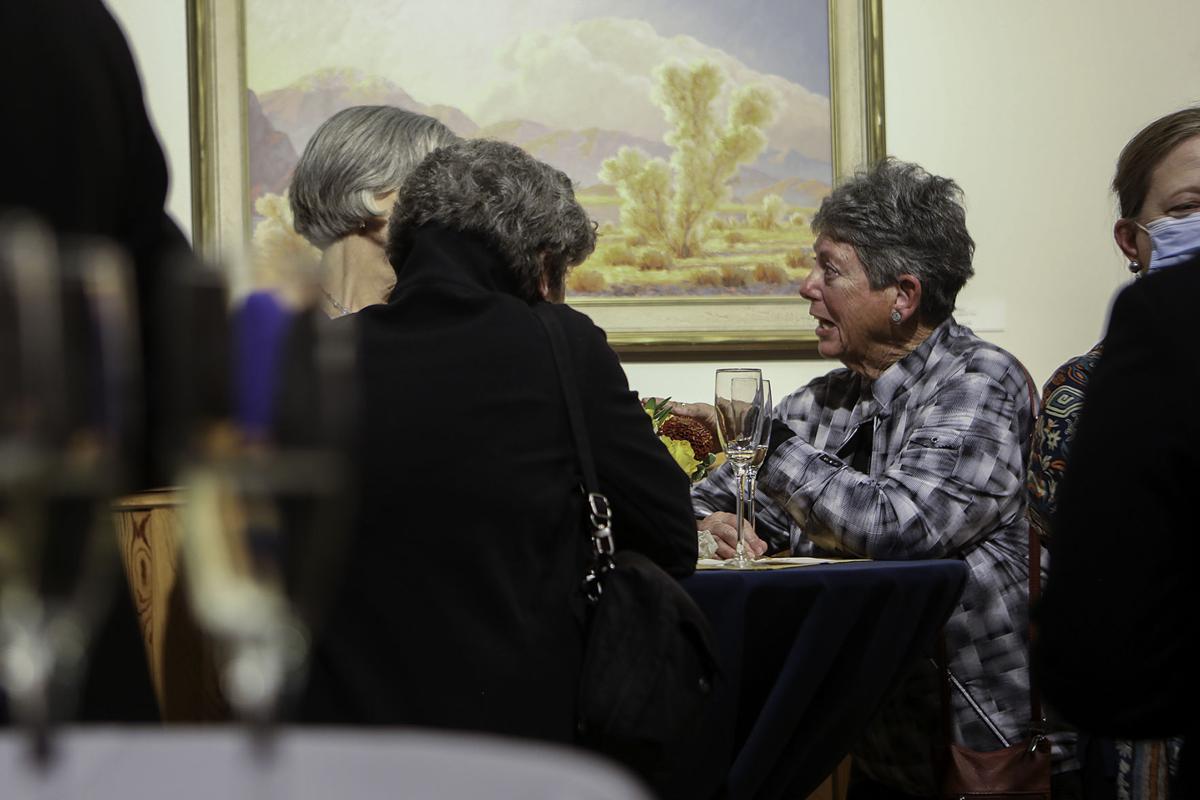 Phyllis Schiller chats with two friends in the cocktail lounge during Northern Arizona University’s dedication ceremony for a new art museum on Wednesday night in the Old Main building. 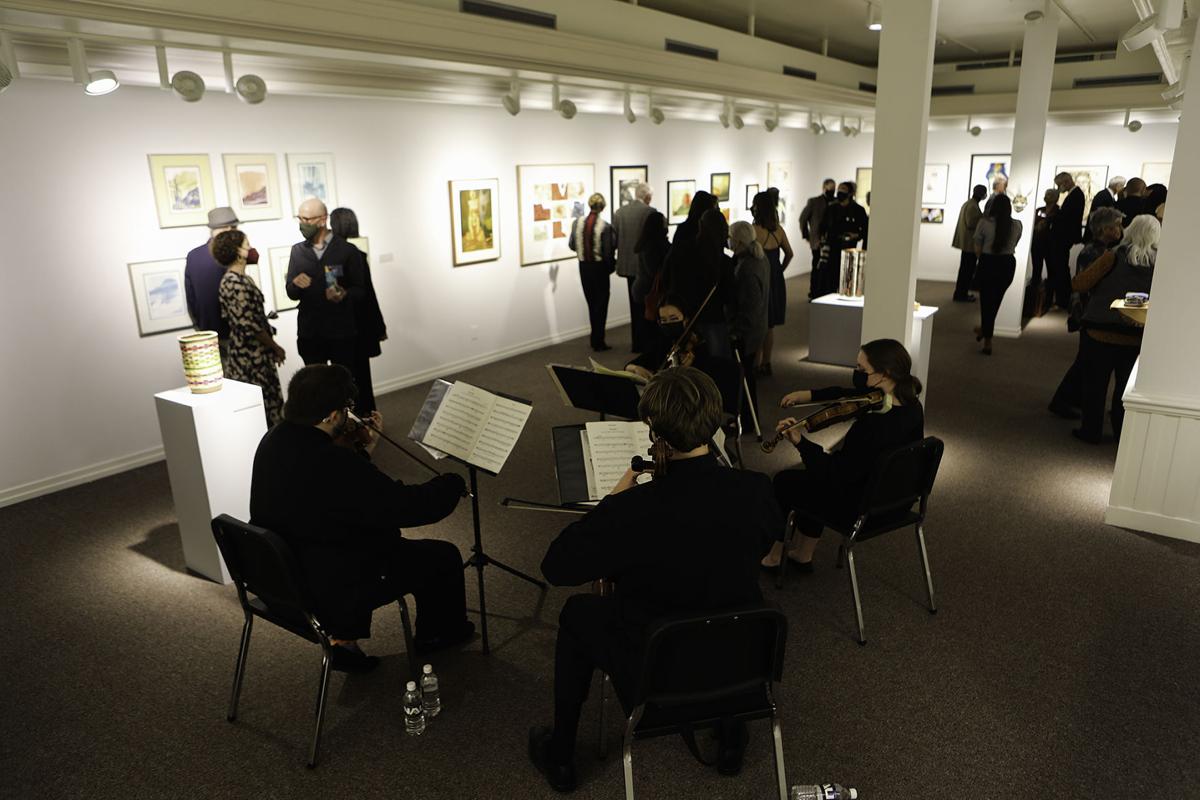 A crowd mingles with the art as musicians play live music at the dedication ceremony for the new NAU Art Museum in the Old Main building on Wednesday evening. 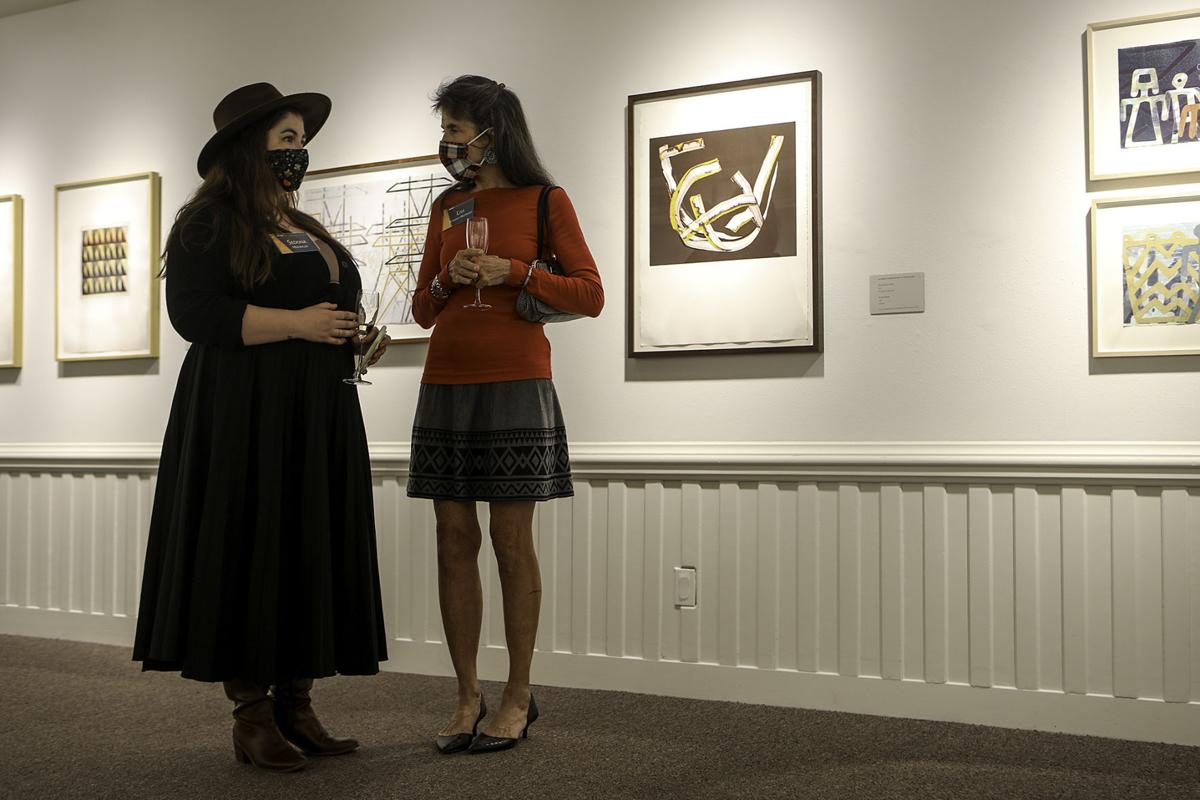 Sedona Heidinger and Lisa Schnebly Heidinger enjoy conversation while viewing art at the New NAU Museum in the Old Main Building on Wednesday afternoon. The museum was named Clara M. Lovett Art Museum in honor of the former president in honor of her support for the arts. 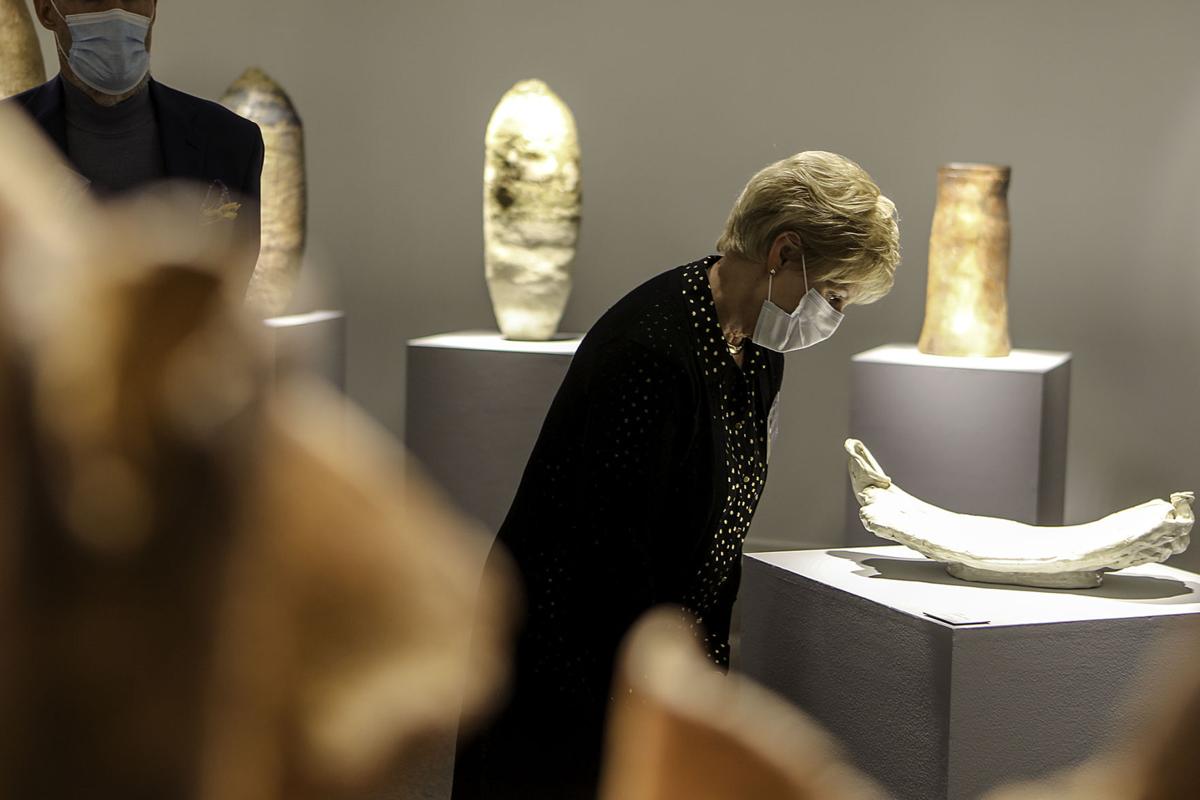 José Luis Cruz Rivera, the current president of the NAU, said it was “a privilege to recognize Dr Lovett”.

“She was the first woman president of the NAU and the Arizona system, leaving a legacy of institutional advancement, modernization and advocacy for the arts,” he wrote in an update Thursday.

Your membership makes our reporting possible.

Lovett was president of the NAU from 1994-2001. Her accomplishments during her presidency include organizing a Pew Higher Education roundtable on campus and restructuring the university’s mission and goals for the 21st. century. After leaving the NAU, Lovett became President and CEO of the American Association for Higher Education.

The Clara M. Lovett Art Museum “focuses on[s] the diversity of voices, media, themes and creative impulses at work in art today, ”according to its website. He “believe[s] in the centrality of artistic expression in all communities and cultures and the incalculable value of art as an educational experience.

It is in the fourth stage of its post-pandemic reopening. Located on the second floor of Old Main, it presents a number of exhibitions each year and is currently open to the public Wednesday through Saturday.