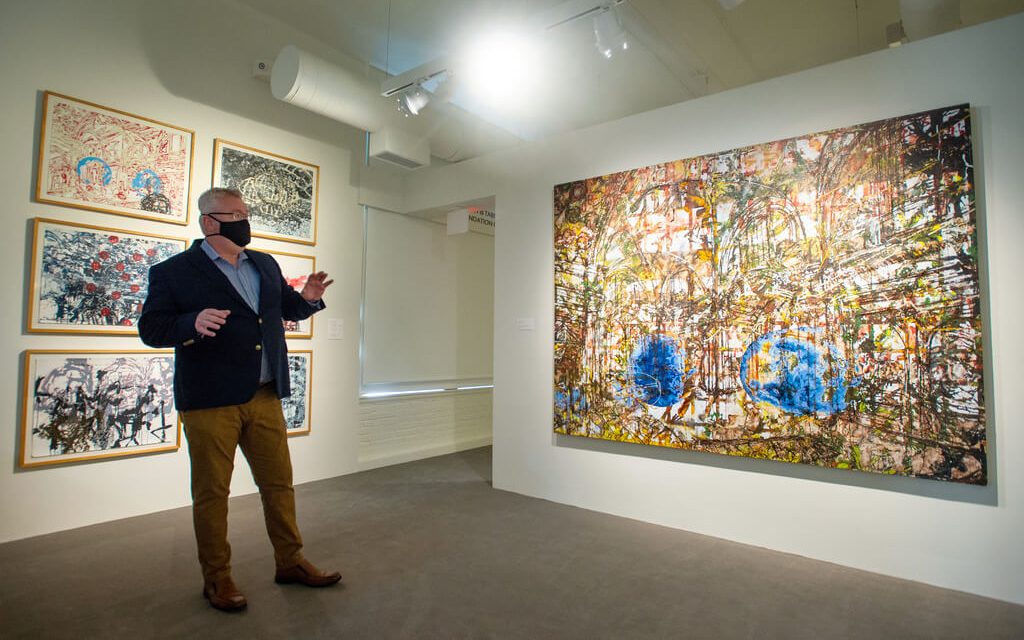 After 18 long months of worry, turmoil, and depressing pandemic news, when something good happens it can look like a burst of sunshine in a sky full of dark, ominous clouds.

This is what Zillman Art Museum executive director and curator George Kinghorn is hoping the new extension of the University of Maine Museum of Contemporary Art will be for downtown Bangor: a ray of light in a world that can sometimes seem a little dark.

The expansion – announced in April 2020 alongside a $ 1.3 million donation from longtime Maine patrons Donald and Linda Zillman for whom the museum was renamed – was recently completed and added five new galleries on the ground floor of Norumbega Hall. It increases the museum’s gallery space by about 50 percent and creates continuity between the two entrances to the museum – from Harlow Street and Hannibal Hamlin Park. Museum supporters raised an additional $ 300,000 to complete the project earlier this year.

Kinghorn said he, his staff and the museum board had been aiming to expand the museum since moving to Bangor in 2008, although in reality this was something that had been discussed from the time of the move. of the UMaine museum. Orono campus in Bangor in December 2002.

â€œFrom day one, it was something we knew we had to accomplish,â€ he said. “Downtown Bangor grew so much during this time, and we had to grow with it.”

The new extension includes a beautiful glazed entrance on the ground floor and five galleries distributed along the north-eastern wall of the building. While construction was originally scheduled for fall 2020, labor and material shortages linked to the pandemic have pushed its start to 2021.

Lower-level galleries may have remained open during this time, although the Zillman was closed for some time during the early days of the pandemic and maintained restricted hours during other times. It is now open for its usual hours from 10 a.m. to 5 p.m. from Tuesday to Saturday with a compulsory mask.

â€œIt allows us to do a lot more with our space, in terms of exhibits and in terms of programming offerings,â€ Kinghorn said. â€œIt makes the museum even more of a destination.â€

With such a significant addition to the now-open museum, the art on display this fall had to match the new energy that permeated the space. With that in mind, the nine exhibits currently on display are some of the most intriguing, thought-provoking and, at times, entertaining, the museum has presented in recent years.

In the new galleries, “The Soul of It: Anne Arnold” features works by the sculptor and painter who, in his later years, divided his time between New York City and Waldo County before his death in 2014. The museum recently acquired two of Arnold’s captivating works. animal sculptures, including a lovely wooden sculpture of her dog, a Borzoi named Monte.

In the new galleries are also other newly acquired works in the museum’s permanent collection, as well as a selection of photographs also in the museum’s permanent collection. To complement the exhibits in the new galleries, “Tender land: Shona MacDonald”, featuring the delicate water, rain and landscape paintings of Massachusetts-based MacDonald.

Also in the lower galleries is “Look at the Birdie!” Â»Featuring more than 40 photographs by Czech artist Roman Franc, an exhibition produced in collaboration with the Ministry of Culture of the Czech Republic; â€œFuture Possessive,â€ featuring dramatic and slightly surreal paintings by Boston artist Emily Eveleth; and â€œDomesticated,â€ photographs of Amy Stein meditating on the subject of habitat loss and climate change, a holdover from the museum’s spring and summer exhibits. Other works from the permanent collection are also on display downstairs.

More articles from the BDN